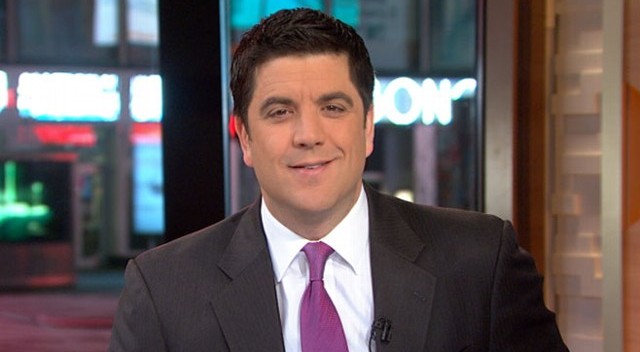 Crazy stuff tonight: Josh Elliott is leaving ABC’s “Good Morning America” for NBC Sports. NBC Sports? Yes, that’s right. ABC wouldn’t meet his demand for $8 million a year, offered only $4-$5 million (up from $800,000 a year) so Josh is moving to NBC Sports. As in: Olympics and other miscellaneous sporting events. He’s not replacing Bob Costas or anyone else.

But really, do you think he left the exposure of national TV every morning for that? The answer is: no. NBC needs someone else besides Willie Geist ready to take over for Matt Lauer when his contract runs out. With the ratings in such bad shape, it’s unlikely that Lauer will continue with “Today” past 2014. Right now, all they have is Geist, and he’s not ready.

But Elliott is. A popular presence on “GMA,” he comes with a good Q rating. The morning audience knows him and likes him. You could absolutely see him transitioning into Lauer’s chair in November when Savannah Guthrie is back from maternity leave.

And really, if NBC gave him more than $5 million a year, it wasn’t to be announcing golf scores. And if Elliott steps into the “Today” show slot, this wounds ABC. NBC has taken a key male morning presence off their side of the chess board.

Just remember, I told you this first.