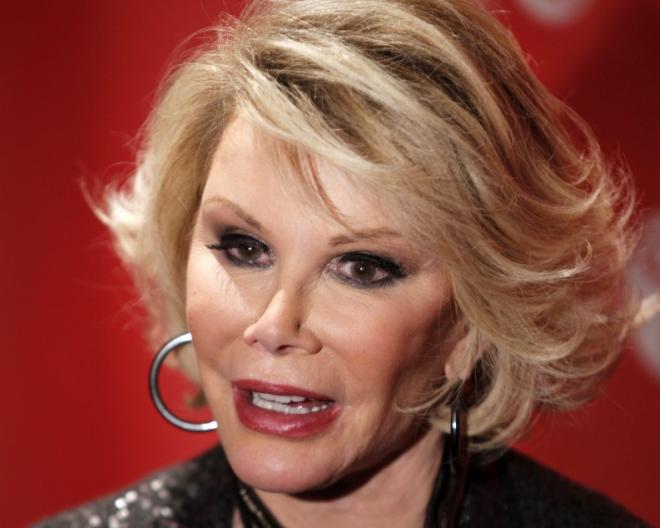 Joan Rivers last appeared on the Tonight show with Johnny Carson in 1986. That was 28 years ago. Last night she returned. The jokes were about the Holocaust and vaginas. It was just like the old days. Watch Jimmy Fallon do a very subtle Carson imitation. Lovely. Joan was played on by a tape of the old Tonight show theme as played by Doc Severinsen and written by Paul Anka. That was a really classy touch. Welcome back Joan!