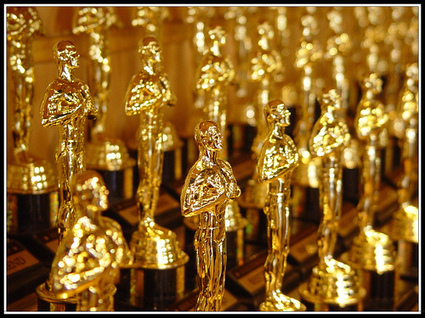 Word is breaking that Barry Diller and Diane von Furstenberg have cancelled their annual pre Oscar lunch this Saturday.  Los Angeles is about to have terrifying rain storms, and the Dillers won’t dally or dither if 200 guests have to wind up in their living room. The lunch is an outdoor event. It attracts a real old Hollywood crowd in honor of Vanity Fair’s Graydon Carter.

Now there’s some legitimate fear that  the Independent Spirit Awards may be in trouble. If the rain persists from Friday into Saturday, the Spirit Awards could be interrupted. They’re held in a huge tent on the beach. The whole enterprise hinges on good weather. Keep checking on that…

Carter, meantime, had the best Oscar kick off party I’ve been to in a long time last night at the Chateau Marmont in honor of photographer Annie Leibovitz. Among the guests were Sylvester Stallone, wife Jennifer and one of their daughters, plus Quincy Jones, Naomie Harris, Patricia Clarkson, Linda Perry and Sara Gilbert, Michael Richards, Udo Kier, plus Carter and Leibovitz and many others. Everyone was hoping to see Courtney Love, who’s been staying at the Chateau.

Leibovitz has just published an extraordinary new book of her photographs from Taschen. The 476 page monument called SUMO costs $2,500 and only 10,000 copies have  been printed. A $5,000 edition is ultra ultra. Expensive? Yes, but I guarantee that it will sell out quickly from New York’s Upper East Side to Beverly Hills to Chicago, Dallas, and San Francisco. Hugely oversized, the coffee table book is bigger than most extra large coffee tables.  In typical Taschen style, it was printed and assembled in four locations. The pictures are sumptuous, iconic, and historic.

During the party, one nice young woman came up to Leibovitz and asked if they could take a picture together on her cell phone. She asked yours truly to take the photo. But the ever amazing Leibovitz went one better. She took a selfie of the two of them together.  Imagine this: this woman now has a picture taken by Annie Leibovitz in her phone! I hope she immediately printed it out this morning. That’s an actual collectible!