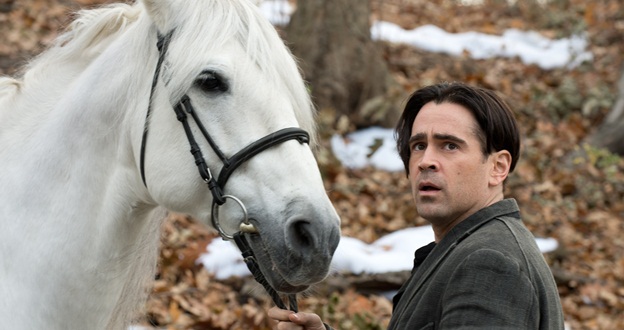 This is a first. Sort of by accident we know in advance some of the costs of a huge blockbuster failure of a movie. “Winter’s Tale,” starring Colin Farrell, opens tomorrow to an 8% rating on Rotten Tomatoes. (That comes out to 37 negative reviews, 3 positive.) It’s just a huge, stunning failure of a big studio film. “Winter’s Tale” is well acted, and it looks great. But it’s impossible to understand, even for someone like yours truly who read Mark Helprin’s wonderful novel thirty years ago.

The film is set in 1930s New York–except for when Russell Crowe, dressed in period costume, says: “Shit happens.” That’s when you know this Avika Goldsman-directed-written-produced vehicle is out of whack.

(I did hear that Julian Fellowes considered letting Lord Grantham say that on “Downton Abbey” but changed his mind at last minute. Instead, Robert told Cora she had “the shizzle.”)

Back to the money: According to the MPAA, “Winter’s Tale” key costs were:

Those numbers don’t include all the ‘above-the line’ talent– Will Smith (who I’m sure didn’t do this for free, and should never ever have been put in this film). Goldsman himself as a triple threat, Colin Farrell, Russell Crowe and Jennifer Connelly (each Oscar winners), William Hurt, the rest of the cast, producers’ fees, etc. And then there’s the promotional costs, prints, travel and expenses, etc.

“Winter’s Tale” looks like a minimum $125 million write off.

This is a “tale” of the big studio dichotomy. Warner Bros. had two gems this year in “Gravity” and “Her.” But they also continue to let bloat like “Winter’s Tale” get through the system. They had it last year with “Jack and the Giant Slayer.” But other studios, obviously, have this too– see “Lone Ranger,” “After Earth,” etc.

*PS I can sympathize with the dry cleaning bill.