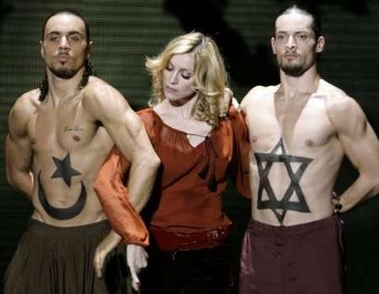 Madonna will not give up on the folly of her involvement with the small African country of Malawi– or her passion for the cult like Kabbalah Center organization. According to the just filed Form 990 for her Ray of Light Foundation, Madonna transferred over $1 million in tax free money to Raising Malawi, the scandal plagued charity she started with Kabbalah to make in roads in Malawi.

The organization has come under tons of criticism and has lost of millions of dollars, never fulfilling its promise to build a leadership academy in Malawi for young women a la Oprah’s school in South Africa. Two years ago several investigations were launched into Raising Malawi for financial improprieties. In 2012, Raising Malawi did help another organization, called BuildOn, construct classrooms in Malawi.

The only other donations from Ray of Light were a meager $15,000 to the TJ Martell Foundation, which funds cancer research, and pocket change– $5,000 to the Jewish Boys and Girls Club in Los Angeles. She also gave $5,000 to Ionia Inc, a rural recovery center in Arkansas that specializes in microbiotic cooking.