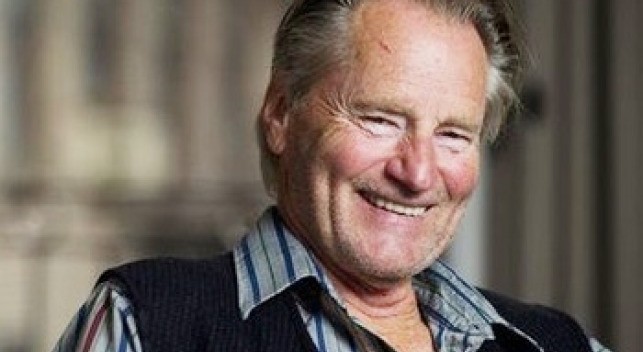 Sam Shepard– playwright, actor, etc– does not do publicity. So when he showed up at today’s lunch honoring beloved “August: Osage County” producer Jean Doumanian at Le Cirque, everyone was surprised. Shepard, looking like a dusty cowboy in the city–had the seat of honor next to Liz Smith. They talked Texas all the way through Sirio Maccione’s tasty morsels.

But when it came time for the author of “True West” and “A Lie of the Mind” to participate in a Q&A with his castmates, Shepard was less a cowboy and more of a shadow. He lurked far behind a row of black chair-stools set up for Chris Cooper, Margo Martindale, Juliette Lewis, Julianne Nicholson, Abigail Breslin, and moderator Michael Riedel of the New York Post. A seat was left open for him. Champagne was sent over to him.

But Shepard managed to stay out of the mix. It was all in good fun. The “AOC” crowd was psyched from its SAG Best Ensemble nomination and actor nods for Meryl Streep and Julia Roberts.

Juliette Lewis told the crowd, “You’re lucky he even came to lunch.” What did they talk about on set? “Rock and roll, Patti Smith, the West,” joked Lewis. “He’s a cowboy.”

Shepard did stick around through dessert, hanging with Cooper and chatting with actor Bob Dishy. He talked to yours truly about late genius novelist David Foster Wallace, who took his own life at a young age.

Cooper, meantime, told us about having a heart attack eight months ago while he was shooting “Amazing Spider Man 2” in New York. “I’m ok now,” he said. Thank goodness. Cooper is one of our most talented actors and nicest of guys. Everyone loves him. And he’s sublime in “AOC.” One woman at lunch told him: “All the maternal feelings in the movie are expressed by your character.” Cooper blushed. “Why thank you,” he said.