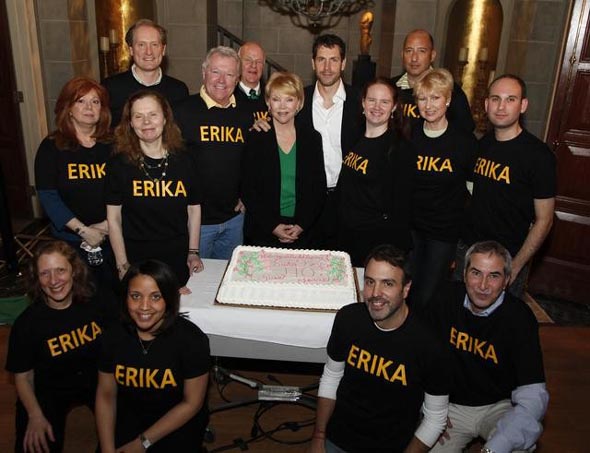 In what has become a joke of sorts, Prospect Park Productions has filed a $125 million lawsuit against ABC over soap operas. See if you can follow this: ABC cancelled One Life to Live and All My Children. They were done with soaps thanks to Brian Frons, then head of ABC Daytime. They were on the verge of killing General Hospital as well.

Enter Jeff Kwatinetz, the controversial head of Prospect Park. He and former ABC Disney exec Rich Frank run the company. They announce a plan to license the soaps and put them online. They stall as long as they can, and then announce that Prospect Park can’t pull it off. ABC takes three actors from One Life to Live and puts them and their characters on General Hospital.

Prospect Park finally says they will indeed put the shows online, and they want the characters back. Only, two other OLTL characters– minor, and resurrectable– are killed om GH. So Kwatinetz files suit against ABC saying they’ve ruined the potential success of his online plan.

The shows launch anyway online. Susan Lucci, star of All My Children, sees the chaos at Prospect Park and declines to join the effort. They won’t pay her what she wants. So she gets “Devious Maids” on Lifetime, and it turns out to be a hit. Goodbye Susan.

Prospect Park launches The Online Network. Immediately there’s trouble. They cut back the schedule and they keep on issuing crazy press releases. The feeling is, they have no money and no idea of what they’re doing. They get into a squabble with the local unions as well.

The shows have their run. Then Prospect Park says they’re shelving One Life to Live because ABC has ruined their show, and the lawsuit needs to be resolved. They claim All My Children will return, but it never does. And they sue ABC again, this time claiming the network had some kind of conspiracy brewing against them.

Is Kwatinetz the worst soap villain of all time? Possibly. I hate to say I told you so, but I did. Kwatinetz has a long trail of enemies and bad karma. The lawsuits do seem to be smoke screens for Prospect Park’s lack of resources to make The Online Network a reality. The losers are not just the fans, but the actors and crew and production people who depended on those shows for a livelihood. Prospect Park has played fast and loose with them.

PS One victim of this whole mishegos is Leslie Miller, the TV journalist and former host of The Online Network’s weekly wrap up shows. In real life, Miller is Mrs. Frank.