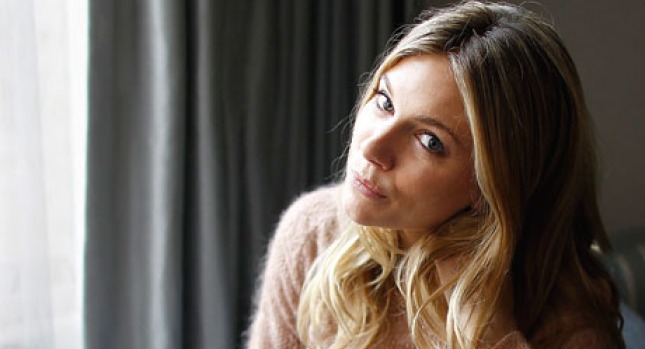 Sienna Miller’s fans (I count myself among them) should be happy now. The talented British actress has landed a breakout role in Ryan Fleck and Anna Boden’s “Mississippi Grind.” She’ll star with Ryan Reynolds and Ben Mendelsohn. Jamie Patricof and Lynnette Howell are producing. Jamie produced Fleck and Boden’s “Half Nelson” and “Sugar,” two really great indie films.

Sienna has done a lot of good work, particularly in the little seen Lasse Hallstrom movie “Casanova,” and in the very underrated “Factory Girl.” She was recently in HBO’s “The Girl” with Toby Jones. When Bennett Miller’s “Foxcatcher” debuts next spring, Sienna is said to be marvelous in that, too.

Meanwhile, Patricof and Howell are hoping that the Indie Spirit Awards and critics panels (and maybe the Oscars) will not forget Derek Cianfrance’s “The Place Beyond the Pines.” Focus shouldn’t have released this ambitious and engaging drama so early in the season. Bradley Cooper, Ryan Gosling, and Eva Mendez turn in awards-worthy performances. Cianfrance is a hot director with a great eye. Maybe someone will get a campaign going for “Pines.” It’s good to be forgotten.