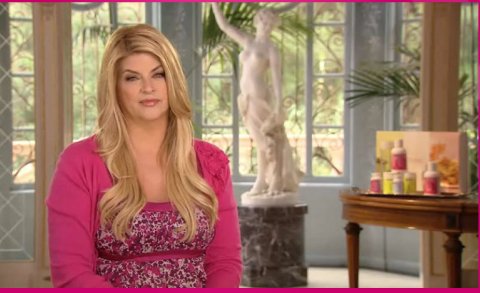 “Scandal!” That’s the name of the incredibly entertaining new memoir by George Rush and Joanna Molloy, the married couple and super gossip columnists of the New York Daily News. Two nights ago, New York’s gossip media elite, as well as uber publicists Howard Rubenstein and Ken Sunshine, all toasted Rush & Molloy at the Top of the Standard. Courtney Love even put in an appearance!

The couple now has 15 year old son, believe it or not. But before he was born, starting in the mid 80s, George and Joanna worked at both of New York’s tabs, breaking stories and hearts, and causing a lot of trouble for people like Woody Allen and Donald Trump. They have written a breezy but substantial account of their journeys through Wall Street. Broadway, and Hollywood. I wasn’t able to put it down.

Here are two excerpts– in one Kirstie Alley had her publicist express breast milk into a bottle for her pet possum. In the second, Julia Roberts and her piece of work publicist Marcy Engelman are up to their old tricks. “Scandal: A Manual.” is out this week in bookstores and on amazon.com, i Books, etc.
KIRSTIE:

Joanna:  The newsroom of the Post was also much more freewheeling than I was used to. No tip was too crazy to check. I got a call one day from a source who said she was at a party in L.A. where Kirstie Alley had shown up with her pet baby possum. My source said, “The possum starts to go squeak, squeak, squeak. Like it was hungry. And Kirstie said, ‘Oooh, ooh, baby, baby, Mommy’s here.’ And she turned to a publicist and said, ‘Say, aren’t you nursing a baby right now?’ She wanted the publicist to give the possum some of her milk! They were talking about having the publicist breast-feed the possum. But because the possum already had teeth, the publicist was apparently afraid of doing that. So she expressed her breast milk into a bottle. Kirstie Alley then fed it to this baby possum.” I could barely believe the story myself. But I called the publicist. Not only did she admit it, she crowed, “I did it, and you know what? I’m proud of it!”

JULIA:
George:  We’d stumbled into the good graces of Julia Roberts by debunking a Post story in which a paparazzo claimed he’d seen her French-kissing a female bartender on top of the bar at Hogs & Heifers. The bartender told us that the photo of Roberts “kissing” her ear actually captured the actress yelling, “If he keeps taking pictures like that, I’m getting off the bar.”The day our story ran another vase of white tulips and thank-you note arrived—this time from Roberts. A few flowers didn’t stop us from covering Roberts’s ups and downs as usual. Then, one day, someone told Joanna that she’d been nuzzling Law and Order actor Benjamin Bratt at the Soho restaurant Kinkao. After we called her publicist to check it out, my phone rang.

The caller said, “George? This is Julia Roberts. What are you writ- ing now about my boring life? If you write about me every time I have dinner with someone, no one will ever ask me out. They’ll say, ‘Don’t bring her, she just causes trouble.’ I’m never going to get a date.”

I said, “I’m pretty sure you’ll never have trouble getting a date.”

She said, “If you write about this, photographers will hang around me while I’m trying to shoot a movie. Look, Benjamin and I are just getting to know each other. If anything starts to brew, I’ll call you. You’ll be the first to know.”

I said we’d hold off on the item. Julia thanked me profusely. Before she hung up, she said, “I think it’s so great that you get to work with someone you love!”

As it turned out, my wife was none too pleased that I’d fallen for this movie star sweet talk—which was followed by more tulips. Joanna was even more annoyed when Page Six published the scoop on the Roberts/Bratt romance.

One day, Julia’s publicist, Marcy Engelman, told us her client had just had dinner with Jennifer Lopez at Campagna, where they talked about Chambermaid, a new romantic comedy J. Lo would star in and Roberts would coproduce. Nice sighting, interesting project news, we ran the item. A few days later, Lopez’s publicist, Alan Nierob told me his client had never been at that dinner. “You got snookered, my friend,” said Nierob.

I called Marcy Engelman and said, “What the hell? Have you lost your mind?”

She admitted she’d lied about J. Lo being there but said, “You did a big favor for someone, and I’m sure they’ll remember it.”

Ignoring her recommendation that we not attract attention to the fact that we’d been gulled, we ran an item asking, “Does Julia Roberts know that her own handlers planted a fabricated sighting of her having dinner with Jennifer Lopez? We’re sure Julia isn’t hurting for publicity.”

Engelman had insisted that the item mention that Roberts and Lopez dined with Roberts’s former agent, Elaine Goldsmith- Thomas, who now worked for Joe Roth at Revolution Films. Page Six later deduced that, with Roth leaving Revolution for Disney, “Thomas [was] looking for a new job. Insiders point the finger for the false item at Thomas. ‘She wanted to make herself look like a big macher,’ said one.”

We became acutely aware that many people were trying to manipulate us.

And PS dear readers– nothing has changed!–RF