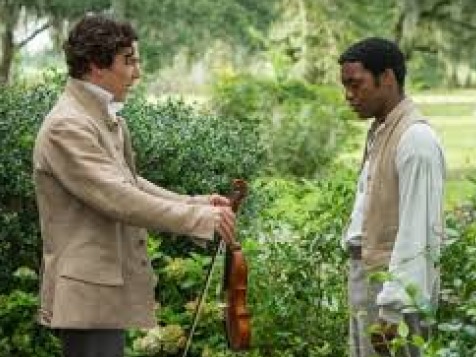 Oscar race update: now that things are getting clearer, where are we? “The Monuments Men” and “Foxcatcher” are out of the race. “The Wolf of Wall Street” is back in, but no one’s seen it. “American Hustle” is probably in it, but no one’s seen that either. And as I’ve said before, “American Hustle” is unlikely as a Best Picture winner simply because “Argo” just won, and was a 70s true life “caper” movie. Two in a row? I don’t think so. But that doesn’t mean “AH” won’t be great.

And I am leaving “Rush” on the list. It would be a shame to ignore this film because of weak box office. Ron Howard did a superlative job. Daniel Bruhl deserves a Best Supporting Actor nod. Remember: films that win critics awards don’t repeat with the Academy. And “Gravity” has now made so much money, and will make so much more, that it could be the “Avatar” of 2014.

So where are we? Of the movies that have been seen, these are the top choices, in loose order: