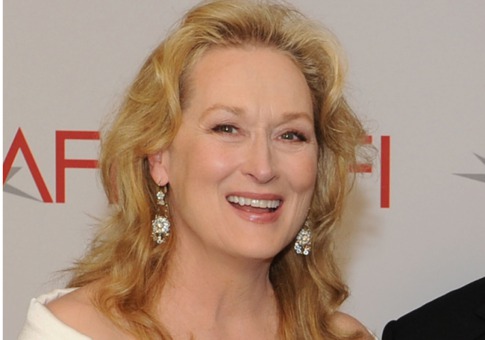 Do you think Meryl Streep lights up a screen? Watch her rock out in Paul McCartney’s new video for “Queenie Eye.” The centerpiece song from his “New” album has a star studded video that also features former lovers Johnny Depp and Kate Moss, as well as James Corden a slew of other stars including “Star Trek” actors Chris Pine and Alice Eve. I’m sorry, but Meryl–on the verge of another Oscar nomination–just glows. She’s radiant. The video made at Abbey Road, of course.

And watch the Making of: