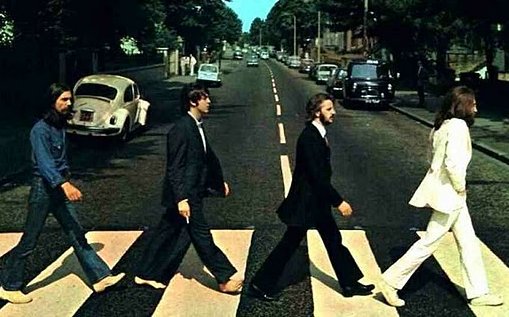 EXCLUSIVE The Grammy Awards will come earlier than usual in 2014, and will have something extra special. Ringo Starr confirmed for me tonight that The Beatles will likely be celebrated twice–once during the Grammy Awards, and then again the next night. The plan right now is for a special Beatles segment during the Grammys on January 26th to commemorate the 50th anniversary of their arrival in America on February 7. 1964.

Then, on January 27, the Monday night after the Grammys, there will be a special Beatles show in Los Angeles at the Convention Center. Right now it’s supposed to entail a lot of different acts playing Beatles songs. Ringo says that so far he and Paul McCartney have discussed only the “possibility” of their participation. “It’s not like we’re not going to do it,” he told me. “But it might be cool to have all these other bands doing our stuff, and we’re watching.”

Knowing Paul and Ringo, though, it might be hard to keep them off the stage. And for a true Beatles anniversary celebration, it would be cool to have Dhani Harrison, Sean and Julian Lennon, James McCartney, and Zak Starkey all on stage.

All of this news explains why Grammy producer extraordinaire Ken Ehrlich was hanging out yesterday at Ringo’s press conference for his All Starr Band tour in South America and his beautiful new book of Beatles pix called “Photograph.” You can look it over at http://www.genesis-publications.com/photograph-ringo-starr/#.UmnHLhDCZqU  Ehrlich is producing the Monday night show as well.

An ebook version of “Photograph” is already on iTunes for $12.99.

What a weekend if this all comes together: on Friday night MusiCares honors Carole King; Saturday night is the NARAS Clive Davis dinner and show; Sunday would bring the Grammys with lots of Timberlake, Thicke, and (hopefully) Elton John; and then Monday the Beatles. Tuesday January 28th will have to be declared a national holiday!