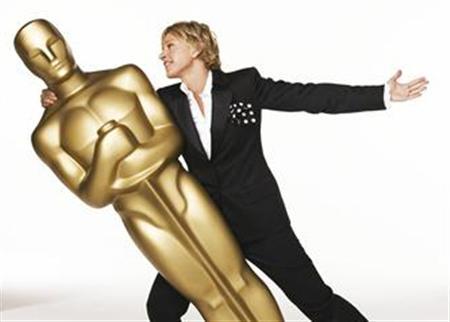 Ellen DeGeneres will host the Academy Awards on March 2nd. It had been thought that ABC wanted Jimmy Kimmel to host the show as he would just be going into late night competition with Jimmy Fallon. Kimmel is on ABC, and the network is trying to promote him. But producers Neil Meron and Craig Zadan prevailed, and now the very popular DeGeneres, who hosted the show a few seasons ago, is back for more. Ellen last hosted in 2007 and received an Emmy nomination for her time. This season she will have a lot on her hands and much material to choose from considering the field already forming. There’s already a strong group vying for Best Actress, and we’ve seen a few possible Best Picture nominees already from “Fruitvale Station” and “Blue Jasmine” to “Inside Llewyn Davis,” “Nebraska,” “…The Butler,” and so on. Ellen can also promote the Oscars on her highly rated syndicated talk show. She’s a great choice.