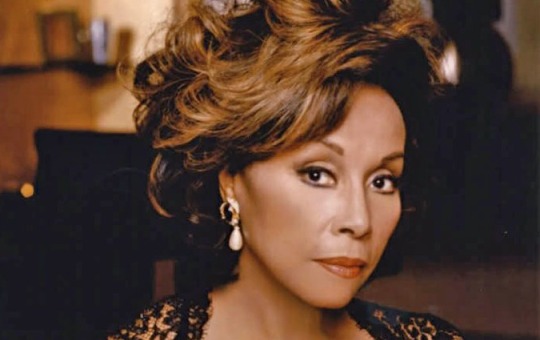 Exclusive: No one will confirm this, but I know it in my gut after too many whispers: the great and beautiful Diahann Carroll is plotting a Broadway return. Carroll, I am told, is going to play the mother of Denzel Washington in Kenny Leon’s revival of “A Raisin the Sun.”

Scott Rudin doesn’t like these scoops, but frankly, he’s putting together a brilliant production. He’s a great showman like David Merrick. Seeing Cicely Tyson’s big Tony sweep this year, Carroll is making the right decision and Rudin is very smart to cast her. Last week I told you that Sophie Okenedo and Anika Noni Rose have also been cast as members of the Younger family. Now just George, the suave boyfriend, and a couple of other smaller parts have to be cast.

Carroll was last seen on Broadway in “Agnes of God” some thirty years ago– 1983. Before that she starred in Richard Rodgers’ “No String” in 1962-63 and “House of Cards” in the mid 1950s. Of course, she’s never stopped working on TV and in films, from her landmark series “Julia” to “Dynasty” and lots, lots more. She can also sing like a bird, so maybe once “Raisin” gets going she’ll do a night at 54 Below.

This will all be announced officially in good time, but frankly, I can’t wait to see this play.