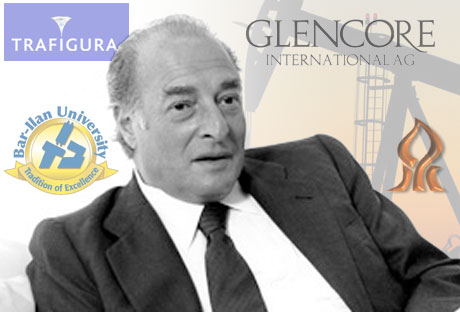 Marc Rich is dead. It’s a little hard to believe considering how completely evil he was. Reports say he died in Lucerne, Switzerland after a stroke. He was 78. Back in January 2001, Rich made international headlines when he received an unwarranted presidential pardon from Bill Clinton. Rich — a billionaire with absolutely no ethics– had fled the United States in 1983 and became a federal fugitive over not paying millions in taxes.

Over the years he’d made enemies all over the world. But the working theory back in 2001 was that Rich had feared George W. Bush would be elected president. The result would be the appointment of Paul O’Neill, the former head of Alcoa, as Treasury Secretary. O’Neill despised Rich and would attempt to bring him to justice. So Rich used his socialite ex wife, Denise, to get the Clinton pardon. She entertained Clinton, raised money for Al Gore, and donated $450,000 to the Clinton library fund.

It all worked. On January 20, 2001 Clinton issued the pardon for Rich. A firestorm ensued. Denise Rich, a songwriter and popular New York hostess, was called before Congress. But in the end nothing came of the questioning. Marc Rich was free to roam around the world but with a caveat: if he set foot in the United States, the IRS could have him arrested for hundreds of millions owed in back taxes.

Last year, Denise Rich surprised everyone when the Boston-born New York institution gave up her U.S. citizenship and joined her married daughters in Europe. There was speculation that she did so over paying high taxes. But the United States had entered into an agreement with Switzerland making it possible to look into Swiss bank accounts. And Marc Rich’s many secrets might be revealed.

I wrote a lot about Marc Rich back in 2001. It turned out that the whole time he was banned from doing business in the United States and was a fugitive, he was in fact doing business right here. Reagan, Bush and Clinton had turned a blind eye to Rich’s massive international shipping business, letting him make billions. The company was based 45 minutes from New York, in White Plains, in an industrial park on the Cross Westchester parkway. It was kind of remarkable. I’m going to dig out those stories and post them in a few minutes…