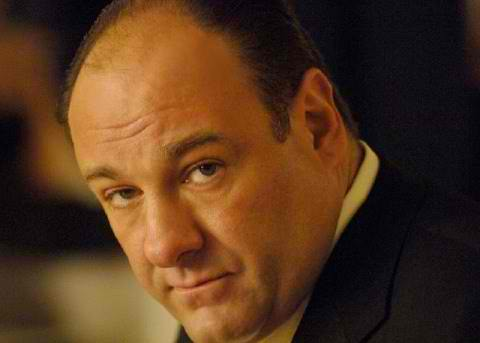 “Sopranos” star James Gandolfini has died of an apparent heart attack today. He was 51 and attending the Taormina Film Festival in Italy. Gandolfini was supposedly in a restaurant with his son. He went to the rest room and when he didn’t come out, the door had to broken down.

This is a tragedy for his friends and his fans. Chris Albrecht, who ran HBO during the heyday of The Sopranos, told me “He was a member of our family. He was a great guy. He had his demons like everyone else, but he was a great guy.”

In the last year I had a long talk with Gandolfini. He was very excited because he’d resolved all his family issues– his wife and his ex wife made peace, he was close to his son, and had a baby on the way.

Even though Gandolfini was shy in person and not at all like Tony Soprano, he and I had many conversations over the years about fame. He didn’t care for it, and tried to remain low key as possible.

He was always worried about being typecast as Tony Soprano, so he took roles that were small, or unusual. He appears right now in a movie that I think is available on VOD called “Violet and Daisy” and he’s wonderful in it. Some of his other key movie roles were “Welcome to the Rileys” and the Coen Brothers’ “The Man Who Wasn’t There.”

More recently he starred in Sopranos creator David Chase’s “Not Fade Away” as a frustrated father. It was excellent work. Chase and he were bonded, as were most of the show’s cast, as a family.

Gandolfini was also incredibly loyal. He worked over and over with friends who were actors. One of his favorites was Aida Turturro, who played his sister Janice on “The Sopranos.” He also showed up every time Steve van Zandt had an event in New York. Gandolfini was so low profile that sometimes people didn’t recognize him.

More to come… Condolences to his family, who must be beside themselves..