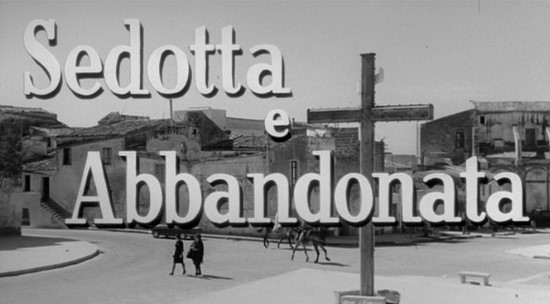 You can only depend on the kindness of strangers in Cannes. That would be, for us, the Protocol office run by Pascal Marchesi and the press office which is reigned over by Christine Aime. I don’t know how I would managed in Cannes without them. For the most part, the movie publicists are worse in Cannes than anywhere else. They lie, they ignore, they fabricate. They don’t care that in the fall, when these movies open, you will remember how much more difficult they made your life when time was tight, nerves were frayed, and deadlines were getting closer. They could all take lessons from the Cannes Festival and the people who work there, lessons in civility and dignity and humor.

Others could take lessons, too. One of the anticipated films this year was James Toback’s “Seduced and Abandoned,” a non fiction film of interviews and observations which the director shot last year in Cannes. It will on HBO this fall and was sold around the world for theatrical release. On the night it premiered, socialite songwriter and ex-American citizen Denise Rich was kind enough to host a dinner and after party on her yacht, called Lady Joy. The yacht is moored in the main marina, alongside many others which are rented out by the night for various parties. I’ll get back to that in a minute.

On Lady Joy, dinner guests included Toback, his wife and son, and many others such as the film’s producer Michael Mailer, son of the late Norman, and a steadfast Toback supporter for years. Jeff Berg of Resolution Agency was aboard, as was the famed British pop star Cliff Richard, American rocker Grace Potter, international jetsetter-writer-producer Taki Theodoracopolous aka “Taki,” plus the film’s backers Larry and Michelle Herbert, and Alan and Marla Helene. Alec Baldwin and pregnant wife Hilaria stopped by the red carpet for a photo op (they were exhausted from travel.) Paris Hilton came to the party. It was a low key elegant night masterminded by New York press whiz Norah Lawlor.

And then real life crashed in: from the boat next door, called the Perla Blu, a racket of disco and electronic dance music hit us like a drenching thunderstorm. A bunch of Eurotrash clubbers, who had nothing to do with the film festival, started up their entry plank. The music was so loud that no one could hear anyone on Lady Joy. The revelers were Italians, wealthy, and simply didn’t care. It was war. Taki, the epitome of European aristocracy, knows how to talk to the hoi polloi. Or so he thought. He went next door and reasoned with the family renting the Perla Blu. Could they turn their din down for five minutes so speeches and toasts could be made reasonably. They turned him down flat. The Italian father then sent his children out on their terrace to make faces and cause trouble. It was unbelievable.

If you ever hear of someone trying to rent the Perla Blu, think twice. Even the Cannes police couldn’t convince them to quiet down. Later, the Lady Joy deejay, satsfied that all of the guests on his boat were dancing, turned up his own volume. I could hear the whole thing from the Croisette, to which I had escaped. And it was nice to see Denise, who is living abroad now but is all-American no matter what.

Rain, rain, rain. Most of this year’s Cannes Film Festival was rained out. Parties were ruined or canceled. Almost no one went out to Paul Allen’s yacht on the tender for a late night party, lest they get drenched to and fro. Goldie Hawn made it out there with son Wyatt and two friends. The publicist in charge said the party was “more intimate” this year. This was code for “no celebrities.” After all, Steven Spielberg had his own yacht. Roberto Cavalli had one. So did Len Blavatnik, where Harvey Weinstein entertained stars and financial backers. Who needed Paul Allen?

Same for Johnny Pigozzi. The lumbering giant and Italian heir always gives an afternoon party at his villa behind the Hotel du Cap. Guests came and went quickly when they realized what they were up against: a potential tsunami.

The most pleasant dinner was aboard the Saint Nicolas, where Jeff Berg’s Resolution Agency hosted a party for Roman Polanski. It was filled with A listers, and stars. The boat hummed with a good vibe. Actors Adrien Brody and Christoph Waltz, who’d been in recent Polanski movies, were aboard. If only someone had seen “Mad Men” the night before– but it wasn’t possible. We’d have known that Sally Draper, age 13, was reading “Rosemary’s Baby” back in 1968. Polanski’s classic movie of the novel would have been released just then. A year later, Polanski’s life would be shattered when Charles Mansom murdered his wife Sharon Tate. Nothing for Polanski would ever be the same.

But do watch and listen to Polanski in “Seduced and Abandoned.” It’s his best video interview ever and one that should resonate with an audience that only knows him for scandals and headlines. This is a great filmmaker, still working at 78 despite obstacles that would have been formidable to anyone else.