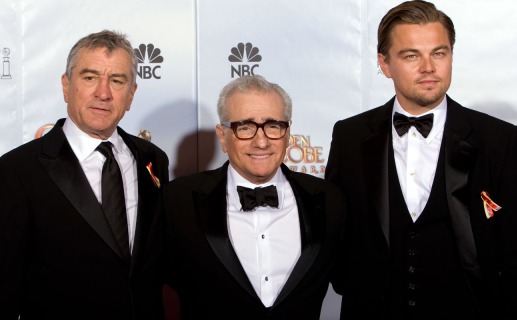 EXCLUSIVE: The so called conspiracy to kill President John F. Kennedy is coming to the big screen–and not from director Oliver Stone. About three years ago, Leonardo DiCaprio’s Appian Way production company announced intentions to make a film called “Legacy of Secrecy,” which threatened to blow the lid off of what really happened in Dallas in November 1963.

Now DiCaprio’s father, George, who put the project together, says the film is coming to fruition. George DiCaprio told me yesterday that “Legacy” follows the saga of FBI informant Jack Laningham. DeNiro would play Mafia kingpin Carlos Marcello, who confided to Langingham that he ordered the hit on Kennedy. Marcello died in 1993. But back during the days following the assassination, at least a dozen of Marcello’s associates were questioned by the FBI. Neverheless, Marcello’s name never appeared in the Warren Report.

van Laningham is alive. His story with Marcello was turned into a book called “Legacy of Secrecy” by Lamar Waldron and Thom Hartmann published in 2009. Leonardo DiCaprio already knew Hartmann: it was his work that inspired Leo’s heartfelt if extremely boring talking head documentary about the enviroment called “The 11th Hour.”

George DiCaprio told me he’s been working with van Laningham and “knows everything.” “He’s never spoken to anyone,” George said at a yacht party launch early Thursday evening in Cannes for director Martin Scorsese’s next film.

Craig van Laningham, Jack’s son, confirmed all of this for me late tonight. He says he and his dad have met DeNiro, and that David O. Russell is writing the script as well as directing. “George DiCaprio, my dad and I even went to the first screening of The Great Gatsby,” he said, in Santa Monica. “It was sold out.”

Back to Scorsese: “Silence” takes place in Japan but will be filmed in Taiwan. The movie is financed, but Scorsese and his team came to Cannes to do something he told me he’s never done: sell a picture to foreign distributors

“I’ve never done this!” he exclaimed while we sat on a yacht chartered by Johnny Walker liquors and was packed with movie sales people. Scorsese and co. were seated on a raised platform while the director talked with friends and a few press people, as well as George DiCaprio and his lady friend.

Everyone was high with expectation that Leonardo himself would make an appearance. When he arrived DiCaprio Jr. could not bear to remain on the yacht among the party-goers And so, for the third time that I’ve seen in the last two weeks, he was removed to a private area–this time the yacht moored immediately next to the Johnny Walker, so that guests to the Scorsese party could just gawk at Leo and his cooler pals on the neighboring boat while rain down between the two floating motels. I’m starting to wonder if Leo has a velvet rope set up in his own home.

As for Scorsese: he’s finishing up “Wolf of Wall Street” and will shoot “Silence” in the summer and fall of 2014. And what about his long awaited Sinatra movie? Will he still use Leo as Frank? “Well, that’s thing,” he said. “Who knows? We’re still working out a lot of details. But I know, I know,” Scorsese said. “Everyone wants to see it!”