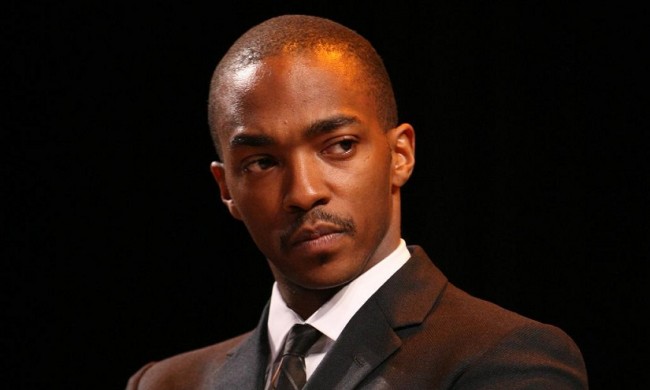 A year ago I told you about Hyatt Hotels heir Dan Pritzker and his devotion to a feature film he started shooting in 2008 but never released. It’s called “Bolden!” about obscure jazz performer Buddy Bolden (1877-1931). Anthony Mackie played the lead in a cast that included Jackie Earle Haley and Wendell Pierce.

Pritzker shot the film in North Carolina, brought it home to Chicago, and let it sit. In May 2012– a year after “Bolden” wrapped– he told me he’d release it when it was ready. Another year passed and I wondered what had happened.

Now I can tell you that Pritzker, who has unlimited deep pockets– is planning to go back and re-shoot large chunks of the film this September. That’s over five years since he wrapped. The sets are in storage in North Carolina.

But he won’t have the same Buddy Bolden. Pritzker’s producer, Jon Cornick, tells me that Mackie–who went on to make “The Hurt Locker” and has turned into a sought after leading man–isn’t available. So, says  Cornick, they are now casting to replace him.

Yes, you read that right. Pritzker will reshoot all the scenes with the main character now played by a new actor.

A rep for Mackie says he loved making the movie five years ago and wishes everyone well. He has “two or three projects” and at least one of them will be shooting in the fall.

Mackie is currently on screen in “Pain and Gain.” Among his new films is “Captain America” and a movie about WikiLeaks.

“He wants to make the film he wants to make,” Cornick told me about Pritzker. “He wants to finish the film.” It’s unclear yet whether more actors will have to be recast. Cornick says they have “plenty” of footage of other characters in scenes that didn’t feature Mackie.

“But he plays Buddy Bolden, and that’s what the movie is about.” Indeed.

Sources say a new script exists that changes about a third of the movie as it now exists.

When I interviewed Pritzker last year he denied that he’d invested $100 million in the project. Cornick also laughed at that number. But that was a number I’d heard from reliable sources. And Pritzker did manage to produce a short black and white silent film about Louis Armstrong, taken from the shot film. He staged it in a few cities in theaters using live musicians.

Now Cornick says they are casting for a new Buddy Bolden. Does it have to be a star or someone of Mackie’s stature? “No,” he told me. “Just a great Buddy Bolden.”