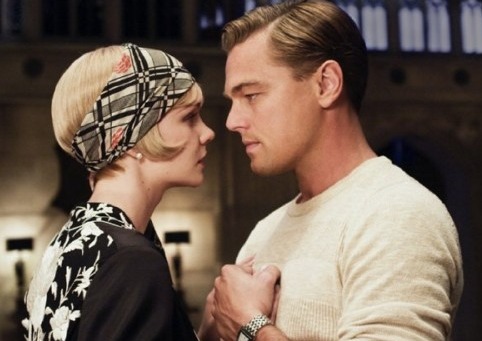 The Cannes Film Festival is gearing up for Wednesday night’s red carpet premiere of “The Great Gatsby.” The film, with $55 million banked since Friday in the U.S., will launch worldwide from here.

Posters and adverts adorn the front of the famous Carlton Hotel. Tonight– Tuesday– the cast and their guests are getting a private dinner party at the Cap D’Antibes villa of Russian billionaire Roman Abramovitch.

On Thursday they’ll be treated to a private dinner at the famed Michelangelo restaurant.

In between, “Gatsby” opens the film festival on Wednesday with a black tie screening at the Palais on the Croisette. The whole gang– DiCaprio, Maguire, Mulligan, Luhrmann– will attend the festival dinner immediately following the screening. But by midnight they’ll be at yet another private party that will rage on until they retreat to the Hotel du Cap in Antibes.

Meantime, the “Gatsby” soundtrack surprised just about everyone this past week It finished at number 2 on the charts, selling around 135,000 copies. The CD collection is propelled by Beyonce, Jay Z, Emeli Sande, and will.i.am, among others.

Elsewhere in Cannes: the jury had a private dinner at the Hotel Martinez. Steven Spielberg and Kate Capshaw, Nicole Kidman, and Christoph Waltz were all in attendance. They’ll be introduced to the public on Wednesday at an afternoon press conference, and then at the evening’s formal presentation.

“Bling Ring” director Sofia Coppola was seen in the Martinez lobby around cocktail time. She and her cast were going out to dinner. “Bling Ring” screens on Thursday.

Super producer and director Irwin Winkler and his wife were strolling up the Croisette on Tuesday afternoon. On Saturday Winkler will present Martin Scorsese’s “Silence,” to be shot next year in Taiwan starring Andrew Garfield. Scorsese wil be here, and their whole unveiling is set for a big yacht.

But rain and cold weather are coming– three days of it. Already some parties have been rescheduled until next week. Everyone is hunkering down. And poor mobile tele-communicating can be a drag on top of it. (Thanks to TMobile for making life extra difficult while on the road.)

And at home, look for a tense couple of days wrapping up “American Idol” on Wednesday and Thursday. My sources say the judges have had it. These are two “live” shows. But if they get to the end of it without a murder mystery everyone will be relieved.