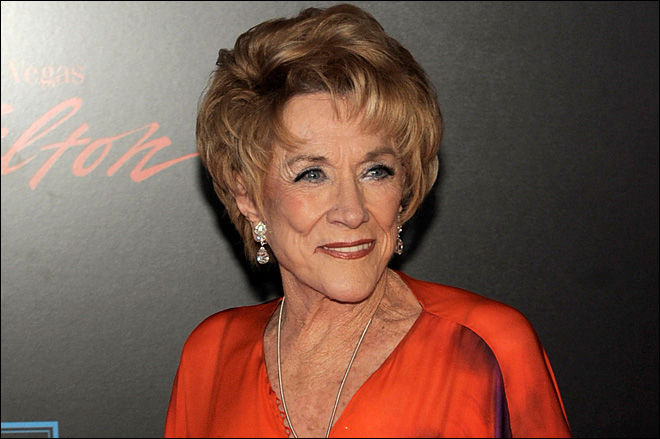 Jeanne Cooper, the beloved 84 year old star of The Young and the Restless, is back in the hospital. Cooper was released on April 27th after two weeks that included a stay in intensive care. She’s believed to have had an infection. But yesterday her son, actor Corbin Bernsen sent out messages that she’d relapsed, and Cooper was in critical condition again. Her character on the show, Katherine Chancellor, is also in grave health in the fictional hospital in Genoa City. Other actors on the show, including Jess Walton, have been sending out Tweets with prayers and worries. Let me tell you: Jeanne Cooper started on that show when I was in high school and Richard Nixon was president. Recently my dad retired, and he knew exactly who she was when I mentioned her name. Now that’s name recognition- — and quite a run!  We’re sending positive thoughts.

Mom resting in hospital – a truly testing day. Purgatory. Spent the day between Heaven and Hell. A little #psych coming up 2 lift me