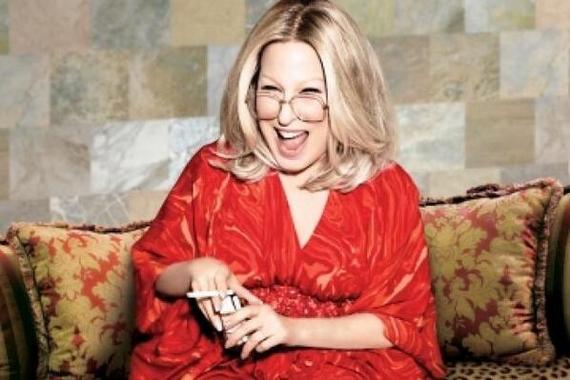 Hollywood came east last night and mixed with Broadway—a not always easy alliance. But they did it for their late pal Sue Mengers, and star Bette Midler who uncannily channels Mengers in a 90 minute one act monologue called “I’ll Eat You Last.”

And what a group: everyone from Ali McGraw, Ryan O’Neal and Alana Stewart to Anjelica Huston and actor nephew Jack Huston, Marlo Thomas, Mitch Glazer and Kelly Lynch, not to mention newer stars like Mad Men’s Jon Hamm with Jennifer Westfeldt, plus Sandy Gallin, Susan Sarandon, Glenn Close and Sting.

Vanity Fair editor Graydon Carter held court later at the Russian Tea Room, where Midler was bowled over by Mengers’ good friends like super agent Boaty Boatwright and Broadway producer Francine LeFrak. The most unusual ticket holder: New York Times theater critic Ben Brantley, who never attends opening nights. But he had a rave review ready to go in the paper, and was greeted warmly by the show’s producers.

One person who wasn’t there, and maybe should have been: Barbra Streisand. In a supreme irony, Streisand had her own 71st birthday party down at Donna Karan’s Ubran Zen studio. But “I’ll Eat You Last” is really all about Streisand, who was Mengers’ main client until she wasn’t. When Streisand left her in 1981 after 10 wild years, Mengers’ career unraveled almost overnight. This is the essence of this one woman show. The conceit of John Logan’s script is that Mengers has just been fired by Barbra, and is awaiting her call.

Midler sits on a couch in a set recalling Mengers Beverly Hills living room and tells the story of her life. But mostly she gossips about all her clients, their successes, failures, love lives, and careers. Ali McGraw was stoic in the audience as Midler-Mengers describes how Ali left Robert Evans for Steve McQueen and saw her career destroyed. Logan, using Mengers’ words, has no use for McQueen, whose legacy is pretty much demolished in this monologue.

There are stories about everyone, and lots of minute Hollywood history. Jane Fonda almost played the female lead in “Chinatown.” Faye Dunaway was paid only $75,000 for it, but the movie led to “Network” and the Oscar.

Mengers was the toast of Hollywood in the late 60s, all the way through to 1981. She was truly a legend. Read Julia Phillips’ incendiary memoir, “You’ll Never Eat Lunch in this Town Again” for dozens of stories about Mengers as she handled directors and studio chiefs for her A list clients.

Midler is sensational. She doesn’t leave that couch for 90 minutes. But by the time she’s done, you actually want to hear more. It is a tour de force performance. And it’s so interesting to hear Midler – as Mengers—talking about Streisand. After all, when Midler burst onto the scene in 1973, she was immediately hailed as the new Streisand.

Now on stage she recounts the infamous Hollywood saga of how Mengers got Streisand $4 million—more than any actress had ever received—to star opposite Gene Hackman in “All Night Long.” Mengers husband was the director. The movie tanked, lost $10 million, and triggered the end of Mengers career as an agent. She was blamed for putting her most important client into a dog of a movie to save her husband’s non existent directing career. She and Streisand had a bitter break up. It would be about 20 years or more before they made up. Mengers died in 2011 of cancer.

But what a night in the theater, and what theater was the after party at the replicated Russian Tea Room, where so many deals went down in those days. Boaty Boatwright said to Bette Midler, as they cried together after the show: “Sue is smiling down on us right now.”
ood came east