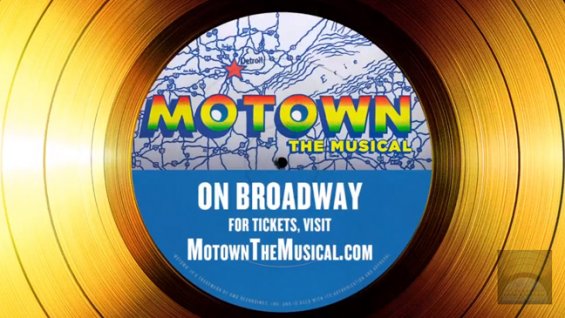 “Motown: The Musical” was almost as good as Motown: The Dyfunctional Family Reunion last night as the living principals of the greatest record company in history gathered one more time–and maybe one last time. For the Broadway premiere of Berry Gordy’s musical–already a hit with a $16 million advance and lines around the block–last night’s audience at Lunt Fontanne Theater got more than we ever could have bargained for. True, Sting and Bono were each there with their respective wives, so that was very cool. And Clive Davis had an aisle seat up front, and there were plenty of luminaries from the record business including Doug Morris, L.A. Reid, and Sylvia Rhone.

But the real story was Motown. Stevie Wonder flew in from Las Vegas after playing at Quincy Jones and Michael Caine’s birthday party. Smokey Robinson was in from L.A. Gladys Knight had been recording a new album. Mary Wilson has been a rehearsing a new act for Las Vegas. And then there was the unexpected: Diana Ross, with several of her kids. They were all there to see themselves, and to see each other, and maybe talk to each other, and maybe not.

But when the show was done and the curtain calls came, Ross was first on stage after Berry Gordy, followed by Smokey, then Mary and Gladys followed. Last up was Stevie who literally rolled up onto the stage and was helped to the center. It was a magic moment. In the audience were plenty of people who also made Motown great including Valerie Simpson, who wrote four of the songs in the show with her late husband Nick Ashford; Eddie Holland and Lamont Dozier, who wrote so many hits for the Supremes and the Four Tops with Eddie’s brother Brian; and Claudette Robinson, Smokey’s first wife, one of the original Miracles (who by the way looks amazing).

And no, Mary and Diana still do not talk. Diana didn’t look too happy to see Gordy flanked by Wilson and Knight, but it was truce time. Diana, Smokey, Stevie, and Gordy all sat in a clump in the orchestra. At intermission, while everyone was busy meeting and greeting, Smokey sat in his seat with his wife, and cried. There were tears in his eyes. The show is as much about him as anyone else. And it’s full of his music, from the songs he wrote for himself and the Miracles to Mary Wells and of course the Temptations. Smokey wrote “My Guy” and “My Girl,” two staples of pop history.

I did ask Smokey, whom I’ve known a long time, how did he decide which group got which song. Like “My Guy” went to the Tempts: “I just wanted to write asong for Eddie Kendricks and David Ruffin,” he said. “It was that simple. I almost didn’t write it.” Of all the in house Motown songs, apart from Ashford and Simpson’s “Ain’t No Mountain High Enough,” “My Girl” is the jewel in the Motown song catalog.

Of course this audience loved the show, cheered the “Jackson 5” wildly, warmed to Jackie Wilson (who wasn’t on Motown) and thrilled to Rick James. The show is not historically accurate, and no one cares. “It’s Broadway,” Berry Gordy’s brother said to me. License is taken. It’s okay. The music, sets, performers, choreography far outweigh veracity. If anyone wants to know what really happened, you can read Gerri Hirshey’s definitive book, “Nowhere to Run” and Peter Guralnick’s “Sweet Soul Music.” Otherwise, “Motown: The Musical” is for dancing and singing along, and coming out of the theater with a big grin.