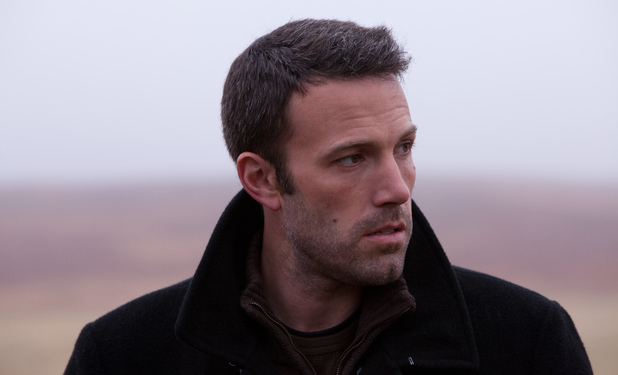 Terrence Malick’s pretentious and terrible “To the Wonder” is finally opening on Friday. If you go, bring an alarm clock and set it to go off every seven minutes. Hardly a word is spoken in this film, and none of them by Ben Affleck. Malick is so far from being the genius who made “Days of Heaven” and “The Thin Red Line.” He didn’t show up for last night’s premiere in L.A. and he wasn’t there in Toronto last September when I published this piece. He sent his wife, Ecky. I’m quoting Rex Reed, who really got it: “Years seem to pass between scenes. To be honest, years seem to pass during scenes.”

At the North American premiere of Terrence Malick’s “To the Wonder,” his third wife, Alexandra “Ecky” Wallace came to the podium on the stage of the Princess of Wales Theater (Toronto Film Festival) and said: “We thought about becoming Canadian citizens after 9/11. We have much to learn from you.”

Her statement made about as much sense as the two and a half hour movie that subsequently unfurled before us. “To the Wonder” is the second film in Malick’s Renaissance, following the mostly incoherent “Tree of Life.” But with this one, Malick is way out on a limb. He’s made a long, boring tone poem that has almost no dialogue, just an ethereal narration, no plot or story that can be understood without production notes in hand.

What did Ecky mean? That it’s safer in Canada? “We have much to learn from you” sounds like a line from a space alien movie. Considering that the Malicks don’t live anywhere near New York City, or even Pennsylvania, one wonders what their problem was. If they wanted to move to Canada, no one would have objected.

Terrence Malick used to be held in high esteem by cinephiles and filmmakers. His early movies, especially “Days of Heaven,” are considered classics. “Days of Heaven” was marked by Nestor Almendros’s gorgeous cinematography that emphasized the fields of gold in the mid western setting where Richard Gere came to overturn the marriage of Brooke Adams and Sam Shepard. In 1978, “Days of Heaven” was astonishing. And it was only 94 minutes long.

It would be twenty years– two decades–before Malick would return with “The Thin Red Line.” The movie divided audiences and critics, but because it was Malick, and Sean Penn headed up an eclectic cast, the reclusive, mysterious director was applauded. John Toll evoked Almendros’s work.

Seven more years passed, until 2005, when Malick gave birth to “A New World.” Beautifully shot, but incoherent and very long, the movie did poorly financially and critically.

You’d think that would have been it, but Malick crossed paths with an enthusiastic backer, William Pohlad. Bill Pohlad is a film producer who came to Holywood with the backing of his late billionaire father, Carl Pohlad. The Pohlads are the second biggest Pepsi bottler in America and own, among other things, the Minnesota Twins.

Pohlad, with deep, deep pockets, can afford to indulge Terry Malick in any pursuit. That’s why we have “Tree of Life,” punctuated with National Geographic type images and a dinosaur. Stars Brad Pitt and Jessica Chastain exchange not one word of dialogue. Sean Penn has admitted he has no idea what he was doing in the movie.

And now, ta da: “To the Wonder.” Unlike “Tree of Life,” this thing is totally incoherent. There isn’t a whisper of a story. It looks like it was shot by your kid on his video camera. There’s lots pretty images–more for Malick’s National Geo–but nothing that suggests a movie. Someone could spin it as a “meditation” or some such new age-speak, but really, when you think of “Days of Heaven,” this “film” is ridiculous. Only the most gullible or pretentious audiences will tell you how much they love it. Many will sleep, uninterrupted.

Ben Affleck skipped the premiere since in Venice the movie was booed. Also he’d to have answer questions about his muteness. Privately, when he was here for “Argo,” he told intimates that he hated the film. Malick, of course, is nowhere to be seen. He refuses to be interviewed or to defend or explain his work. So he sent his third wife out on the stage, and she made her 9/11 pronouncement.

For yours truly, it was a perfectly loony way to end a pretty good Toronto Film Festival. There were so many good movies this year– from “Silver Linings Playbook” to “The Iceman” to “Imogene” and “Frances Ha,” “The Sapphires,” “The Master,” “Greetings from Tim Buckley”– that we can forgive almost anything. But Malick is either incapable of making a film that makes any sense, or doesn’t care to. And so audiences must accept or reject that idea. But genius has a shelf life.

PS “To the Wonder” also stars Rachel McAdams and Olga Kurylenko and Javier Bardem, just slightly. Several actors including Rachel Weisz, filmed scenes that were cut entirely. At the Q&A, Olga and Rachel McAdams said that much of what they filmed, including dialogue, was also cut.

And there are three more Malick-Pohlad collaborations to come. Let’s hope there’s some kind of improvement in the next ones. Or at least some dialogue.