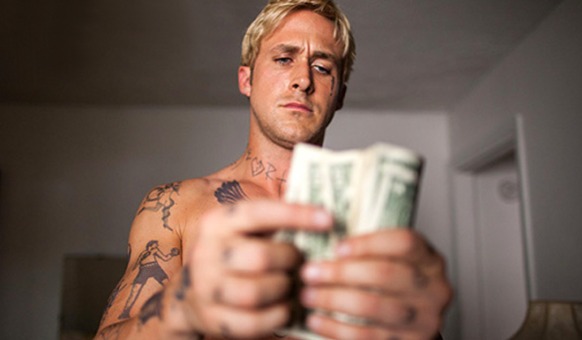 It looks like Derek Cianfrance’s “The Place Beyond the Pines” is a record indie hit this weekend. Total ticket sales for showings in just 4 theatres is around $300,000. Of course, having Ryan Gosling and Bradley Cooper in one movie, not to mention beautiful, talented Eva Mendes (who also dates Gosling) and the fearsome but beloved Ray Liotta in an indie film made for nothing, is kind of outrageous.

But the budget was minimal as Cianfrance’s script is a literary triptych. The movie unfolds in three parts; Gosling and Cooper are never in it together, really, except for a brief sequence. The third part is about their sons, one of whom, played by Dane DeHaan, is the new Leonardo DiCaprio. If the movie holds as it expands at the box office it could be the first Oscar nominee of 2014. I am serious. “Pines” is a deeply wondrous film that when it was first shown in Toronto last fall caused a sensation. Gosling and Cooper each do exceptional work. They have turned into old fashioned movie stars who are also very good actors. Or vice versa. And they are real leading men, something we haven’t had in a long time.

The premiere on Thursday night was held at the dreadfully cold Landmark Sunshine Theater, a foreboding pit. But the party was at the ultra hip Bowery Hotel. You go to a lot of these things and the cast doesn’t seem too interested in each other. But the “Pines” gang seems pretty cohesive. Gosling brought his mom, Donna, who’s a doll. She told me she’s just gotten her teaching degree and is launching a new career.

Ryan is very excited but nervous about shooting his first feature as a director. He’s directing Mendes, he said. “Or she’s directing me,” he laughed. No one will talk about the plot of this movie. Not because it’s a secret. “But you know, it can change a lot,” Gosling told me.

Cooper had an unceasing crowd of young women piling up around him. We attempted to talk, but we were constantly interrupted by young women who simply walked right up, interrupting without thinking once, and saying “Can we take a picture?” All the main actors had personal bodyguards who were very polite.

Some of the other guests included Patricia Clarkson, who had a long talk with Gosling, and Oliver Platt, who told me he’s getting into producing now. “It turns out I’m very good at calling people up and asking them to do things,” he said.

Funniest line of the night was Cianfrance, introducing Ray Liotta at the Sunshine: “When I was a kid, I didn’t have posters of Playboy playmates on my walls. I had pictures of Ray Liotta.”

By the way: Cianfrance’s lovely wife, Shannon Plumb, has directed her first film. It’s called “Towheads,” and it features the couple’s two young sons. “Towheads” was shown at MoMA’s “New Directors” series this weekend and got rave reviews.