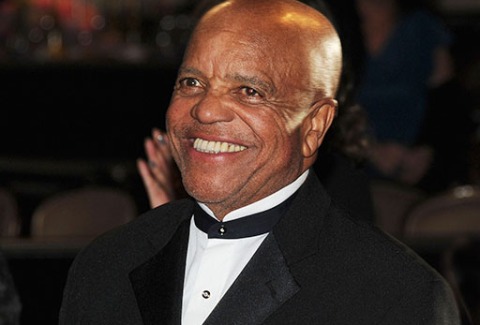 Berry Gordy, the legend behind Motown, will be getting the Pioneer Award this June from the Songwriters Hall of Fame. The SHOF dinner- a coveted ticket–comes just a couple of days after the Tony Awards, where Gordy might snag a couple of statues for his “Motown” musical opening on Broadway in mid April.  Gordy follows the late Woody Guthrie as the second recipient of the newish Pioneer Award. This year’s inductees into the SHOF are Tony Hatch, Mick Jones & Lou Gramm of Foreigner, Holly Knight, JD Souther,  and Steven Tyler & Joe Perry of Aerosmith. The dinner takes place June 13th at the Marriott Marquis.