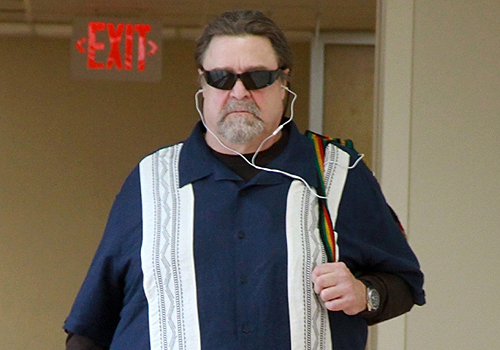 Oscar season is over! So what is the net-net? Besides the nominees and winners, there were plenty of other winners from this season. Not everyone gets a statue, but some people get our applause and thanks. Also, their careers move up several notches whether they’re newcomers or vets. I was going to put Nicole Kidman on here for “The Paperboy,” but she got some nominations and I wrote a whole tribute to her some time ago. PS Special mention to, like, everyone from “Lincoln” from Walt Goggins to Gloria Reuben and Michael Stuhlbarg and Boris McGiver.

12. Rosemarie DeWitt- I really think there is an Oscar coming to Rosemarie DeWitt. She’s being under-utilized. She was in a bunch of films this year including “Your Sister’s Sister” with the equally good Emily Blunt. Every director should be knocking down this woman’s door.

11. John Krasinski– He co-wrote and starred in “The Promised Land” with Matt Damon. He was biding his time in “The Office” for years. But Krasinksi reminds me of Karl Malden. There’s a lot untapped there.

10. Oscar Isaac–is about to break big time in the Coen Brothers’ “Inside Llewyn Davis.” This year he showed some of his stuff in “10 Years” where he played rock star and sang his own hit song, “Never Had.” He also had plot turning roles in “Won’t Back Down” and “The Bourne Legacy.”

9. Ava DuVernay and “Middle of Nowhere”– When I first met Ava some years ago, she was a publicist. She wanted to be a filmmaker. “Middle of Nowhere” has an amazing cast including David Oyelowo, Lorraine Toussaint, and break out star Emayatzy Corinealdi– who should be the next Paula Patton or Halle Berry. See this movie.

8. Samantha Barks and Aaron Tveit — So many talents in “Les Miserables.” These two are actual theater stars and the best voices in that movie. If they don’t become movie stars, something is wrong.

7. Tamara Tunie – Twenty years on “As the World Turns” and simultaneously cutting open bodies on “Law & Order”– she’s paid her dues. In “Flight,” Tamara is the moral compass and tells Denzel what’s what. She’s also great in the plane crash. I can name that Tunie. Also, did you know this? She can sing.

6. Javier Bardem, Jamie Foxx — Yes, he has an Oscar. But Javier kinda stole “Skyfall” as the kookiest villain with a lot of, hmmm, issues. He missed an Oscar nod by a whisker. Foxx also has an Oscar, but there’d be no Django without him.

5. Kerry Washington--She’s got a hit TV show with “Scandal.” But you know, they waited til she was free so she could be in “Django.” This young woman has limitless potential as a leading lady.

4. Chris Tucker— As Bradley Cooper’s charmingly nutty buddy in “Silver Linings,” Chris Tucker finally made a movie other than one with his pal Brett Ratner. And he was great. He’s a good actor. Hopefully he won’t wait too long to make another one.

3. Jennifer Ehle — in real life, she’s Rosemary Harris’s theater actress daughter. She was also Lionel Logue’s wife in “The King’s Speech.” (Remember when she found King George and the Queen Mother in her kitchen?) But Ehle almost steals “Zero Dark Thirty” as Jessica Chastain’s boss who gets blown up way too soon. She’s Streep (and Harris) caliber. I wish we saw her more often.

2. Scoot McNairy — a real find, an overnight sensation at 32. Scoot was in “Argo” (as the hostage with the big mustache), in “Promised Land” as a surly local, and stole “Killing Them Softly” as the crazy Frankie, one of the goofball hatchet men. McNairy has five movies coming this year. If he doesn’t explode in 2013, I want my money back.

1. John Goodman – A vet to be sure. But John Goodman waltzes into a scene and owns the movie. He asks us for nothing. He gets very little — no Oscar nominations, which is ridiculous. His mere appearance on screen brings joy and menace to any film. In “Flight” he’s off the charts. He holds the Hollywood side of “Argo” together. Last year he got very little notice playing to perfection the studio chief in “The Artist.” Goodman is an artist. If the Oscars won’t do anything for him, SAG should give him the Lifetime Achievement next year. All hail John Goodman!