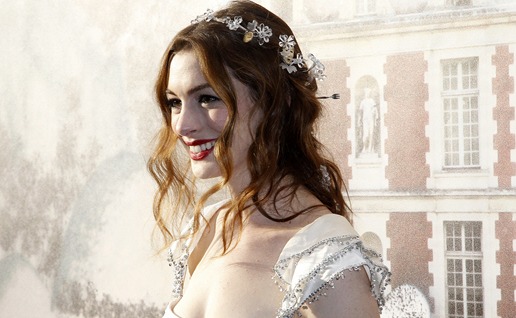 Exclusive– Oscar nominee Anne Hathaway has a great project in development that looks like it will be filmed this year. She’s going to star in “Song One,” an indie film about a young woman who’s involved with a rocker. And that will be rising British musician Johnny Flynn. Never heard of him? You will once this movie is released.

The songs–all original– are being written by two of our greatest “unknown” singer songwriters–Jenny Lewis from the group Rilo Kiley, and her boyfriend Johnathan Rice. The duo is well known in music circles and among those in the know. Lewis has been held hostage by Warner Bros. Records for years, but she’s one of Elvis Costello’s absolute favorities. Mine, too.

And by the way, so far Anne–who, as we know–loves to sing–has no vocals scheduled. At least so far!