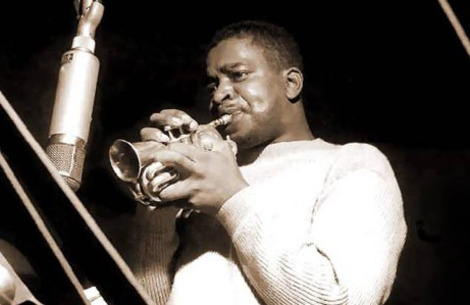 Donald Byrd passed away a couple of days ago at age 80. Probably every jazz fan will know Donald Byrd a different way. He had a huge jazz career in the 1950s and 60s as a trumpeteer, playing with all the greats like John Coltrane and Clifford Brown, and establishing himself as one of them. In 1973, in Washington DC, he formed the Blackbyrds, an R&B/jazz group combo that soared up the charts and became part of the popular music canon with “Walking in Rhythm.” The group had other hits but “Walking in Rhythm” was their pinnacle. The old charts say it only made it to number 6, but that record is number 1 forever. And so is Donald Byrd.

PS You think everything is on YouTube, but I couldn’t find any video of “Walking in Rhythm” anywhere. Do yourself a favor and download it or stream it.