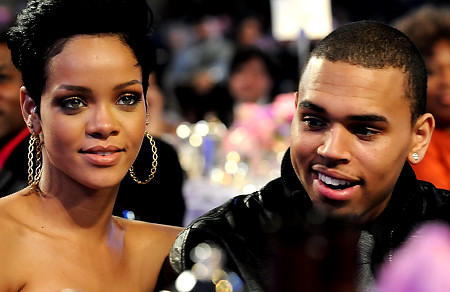 The Los Angeles District Attorney says that Brown, Rihanna‘s sometime and abusive boyfriend, may have faked the whole thing.  District Attorney Jackie Lacey says Brown failed “to provide credible, competent or verifiable evidence” that he completed his court-ordered community labor dating back to his 2009 assault on Rihanna. Keep refreshing…

Of course, a reading of the 19 page motion indicates that Brown has done only half of the time in community service that was mandated. The motion is actually sort of amusing. It’s a math problem. Brown’s lawyer keeps sending the judge updates, and keeps changing the amount of time done. The court says Brown claims 701 hours of community service. He’s required to do 1440 hours.

The problem is that Brown wants to do his service in Richmond, Virginia. The court wants it in Los Angeles. That’s because, according to the motion, Brown has never shown up to do the reported service in Virginia. There are huge discrepancies about what has actually taken place. The LA DA is skeptical about any proper service having been completed.

The 19 page report is a pretty comprehensive account of a defendant who’s allegedly lied and done nothing, and on top of that got caught smoking while he was doing whatever service he did.

Brown assaulted girlfriend Rihanna almost exactly four years ago on the night before the Grammy Awards. Since then, he’s been involved in various scrapes and scandals. And Rihanna has continued to date him.

LOS ANGELES – District Attorney Jackie Lacey said today that
entertainer Chris Brown failed to provide “credible, competent or verifiable
evidence” that he completed his court-ordered community labor. She asked the
court to order Brown to fulfill his obligation in Los Angeles County.
On August 25, 2009, Brown was ordered to complete 180 days of
community labor and was allowed by the court to do so in his home state of
Virginia as part of a five-year probationary sentence for assault.
In a motion filed by Deputy District Attorney Mary Murray, the
court was asked to decline to accept Brown’s community labor in Virginia due to
what appears to be “significant discrepancies indicating at best sloppy
documentation and at worst fraudulent reporting.”