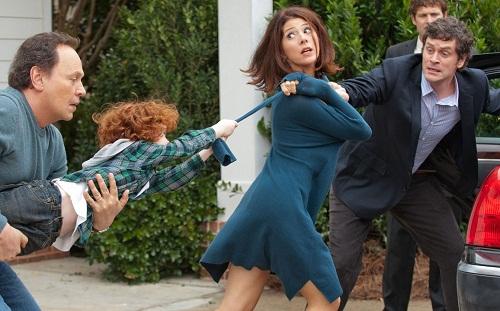 Tom Cruise is just not having a good year. He can only hope that 2013 will be better. He was skunked by Katie Holmes and her family. His whole Scientology mishegos was exposed. And now this: for a second day in a row, Bette Midler, Billy Crystal and a bunch of children trounced him at the box office. Cruise’s “Jack Reacher” was once again beaten by “Parental Guidance,” the Midler-Crystal-Marisa Tomei family comedy. Yikes. “Reacher” did just $3.8 million. Not good. Meantime, “Les Miserables” is number 1 with $30 million in three days.

And: “Django Unchained” is booming with $25 million in the same time. “The Hobbit: An Unnecessary–whoops–Unexpected Journey” already has crossed the $500 million line with most of it coming from foreign sales. “Silver Linings Playbook” is a limited release hit as well. “Reacher” is doing the same or just a tad not as well as the comedy “This is 40.” Tom Cruise needs a romantic comedy. Tom, call Charles Shyer or Nancy Meyers, pronto. Put down your guns.