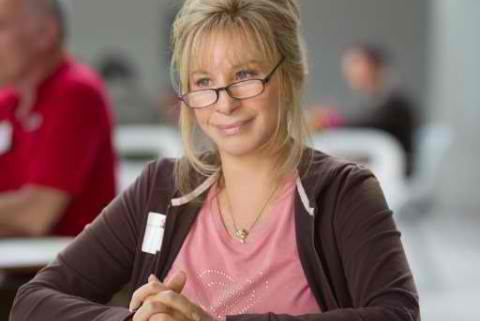 Box office from Wednesday: Barbra Streisand once sang she had nothing to be guilty of, and that’s still true. “The Guilt Trip,” a mild comedy with Seth Rogen, did fine on its opening day. In wide release “The Guilt Trip” did over $1 million, and finished second to “The Hobbit.” No one ever thought the comedy about a mother son road trip would be doing “Skyfall” like numbers.

As the season progresses, “The Guilt Trip” should skew older and find a nice audience among those who don’t want to see snipers (“Jack Reacher”), insane comic  violence (“Django Unchained”), or waterboarding (“Zero Dark Thirty”).

Meantime, the lure of waterboarding–not water skiing or surfboarding– and lots of nutty criticism fueled the first day for Kathryn Bigelow’s “Zero Dark Thirty.” It made $125,000 on 5 screens. That’s very strong but not the bonanza discussed elsewhere. I’m rooting for this film because it’s so well made, not because of its faux controversies.

Otherwise, Oscar balloting continues apace and so does the campaigning and celebrating. On Tuesday, Vanity Fair editor Graydon Carter hosted a classy lunch at his Monkey Bar for Richard Gere, a Golden Globe nominee for Best Actor in “Arbitrage.” Director Nick Jarecki was there, so was Mrs Gere aka Carey Lowell, and plenty of society types and celebs. Carter makes a cameo in the very clever film produced by Laura Bickford. “Arbitrage” is ‘the little movie that could’. It’s had a decent box office run worldwide, and excellent on demand video sales. It’s well crafted, with solid stars like Gere and Susan Sarandon. Bravo!

Last night there was a reception for Robert DeNiro and “Silver Linings Playbook,” the sleeper film of the season and the one most people I talk to say they “loved” unequivocally. This film has a little less press because its main players, Bradley Cooper and Jennifer Lawrence, are shooting films right now. But don’t worry–this beauty of a dramedy is making a big impact with Academy voters. It may surprise everyone.

On the plane out to Los Angeles today, I went on YouTube and watched all the versions of the “Les Miz” songs from the past, including the essential and marvelous Lea Salonga. I must say the movie versions hold their own nicely, surprisingly. All the praise for Hugh Jackman, Anne Hathaway, and Eddie Redmayne, among others, is deserved. I think when “Les Miz” finally is seen by regular audiences, people are going to go nuts for it.