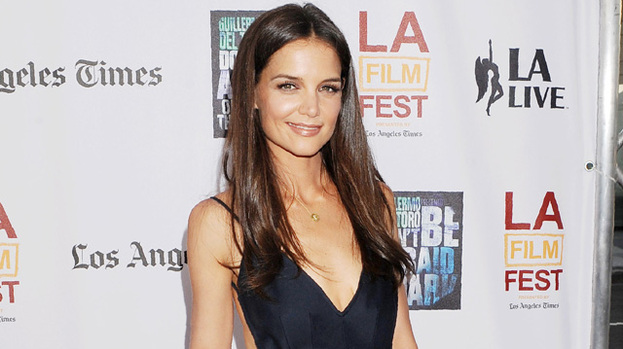 It’s not fair to call “Dead Accounts,” the ‘Katie Holmes play’ but that’s how people know it. The Theresa Rebeck play with Katie Holmes in the cast dropped the most of any show last week from the week before– a whopping 25%. Audience capacity was down to 59% average from December 2nd to the 9th which means the Music Box Theater must have been positively with so many empty seats. “Dead Accounts” always had a finite run, with February 24, 2013 set as its last performance. But if things keep going like this, Holmes may be able to book Oscar tickets and maybe even Grammy tickets too if she wants them.

January is a cruel month for Broadway shows, so watch to see who’s going to try tough it out. Shows will try all kinds of marketing ploys to get through the winter. We can only guess that “Spider Man: Turn off the Dark” will have to start pulling some stunts. The show is way off its high of $1.5 mil a week, earning now between $1 mil and $1.2 mil a week. That’s just break even for this $75 mil musical. It’s also playing at around 68% capacity, which means there’s a lot more room for Spidey and the Green Goblin to land in emergencies. A casting call went out this week for two new male “flyers. The call was marked “immediate replacements” so who knows what happened to the flyers who are exiting.