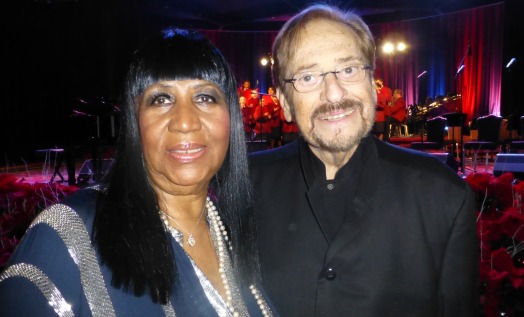 Franklin was preceded on stage by superstar songwriter Valerie Simpson, who moved the crowd with Bob Seger’s “We’ve Got Tonight” and “Reach Out and Touch,” her signature hit written with late husband Nick Ashford.  Young crooner Peter Cincotti opened the night with rendering of Billy Joel’s Ray Charles tribute “My Baby Grand” and one of his original. more pop-rocky songs. Cincotti should be a bigger star. He’s terrific and the crowd loved him. 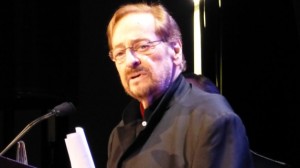 In the crowd: many members of the Songwriters Hall of Fame, who came to support Phil, as well as singer Monica Mancini (daughter of the late great Henry) and Geraldo Rivera.

What Phil has done for the Salvation Army is remarkable. He’s produced a children’s orchestra that really plays like crazy. Some of the kids spoke about how the orchestra has changed their lives. For those of us who think the S.A. is just about the holiday and ringing bell, or dropped off old clothes, we got quite an education last night. The Salvation Army took the lead when Hurricane Sandy hit, providing swift assistance to victims and survivors. They need donations now, and deserve them because the work is not done.

Check them out at http://www.salvationarmyusa.org/usn/www_usn_2.nsf