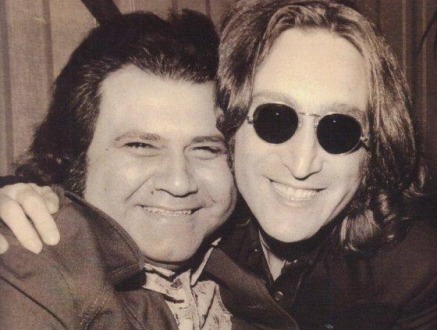 I just heard that Pete Bennett died on Thanksgiving. What a shame. He was a great guy, an original, the real thing. He was one of those people who really made the Beatles what they were in the US. I’ll never forget Pete showing up at Westbury Music Fair in 1999 and helping us film for “Only the Strong Survive.”Also Pete gave me a bootleg DVD of “The Concert for Bangla Desh” long before one was really available. He knew everything, and had everything.

Here’s what his office sent:

Bennett, born in the Bronx, NY is credited for propelling the careers of the Beatles, Rolling Stones, Michael Jackson, The Who, Simon and Garfunkel, James Taylor and many others.

Described by Paul McCartney as “the promotion man responsible for getting the Beatles on the radio,” Bennett was named Director of Promotion for the Beatles’ Apple Records label in 1968.  After the break-up of the group, Bennett guided the promotional efforts to radio for the solo releases by John Lennon, Ringo Starr, George Harrison and McCartney.

Over the years in interviews when Bennett was asked why his services were in such demand, he would say “I make unknowns into stars and stars into superstars.”

Among his many legendary achievements, Bennett, working side-by-side with Harrison, produced the world’s first global charity event, “The Concert for Bangladesh,” at Madison Square Garden in 1971.  The former Beatle requested Bennett to use his clout and relationships to secure some of the biggest rock stars of the time, including Bob Dylan, Eric Clapton, Ringo Starr, Leon Russell and Billy Preston.

In 1975 when Michael Jackson and his brothers were looking to leave Motown Records, Bennett orchestrated a deal to bring the Jacksons to Epic Records.

Well known for his eye for talent, Bennett is recognized as the first music executive to discover Aerosmith front man Steven Tyler, when he was in a Yonkers, NY band called Chain Reaction.

Bennett is survived by his wife of 47 years, Annette, and his two sons, Peter and Joseph, all of Connecticut.  Services will be private. In lieu of flowers, the family requests donations be made to the American Heart Association.