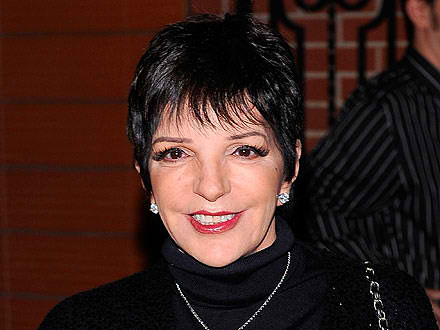 Liza Minnelli is now a Living Landmark thanks to the Landmarks Conservancy. At last night’s ritzy black tie dinner in the Plaza Hotel ballroom, Liza was an enthusiastic honoree, taking the stage with gusto if not exactly balance. She may have been wetter than a granite landmark during the hurricane or simply “overtired” from listening to many excellent speeches and the wittiest emceeing of the year by our pal and favorite gal, Liz Smith.

I don’t know how Liz does it. She took over the Living Landmarks in 1996, and continues to guide this incredibly important event with such humor and grace, and a twinkle in her eye. She’s perched on a stool on stage with Peter Duchin and his famed band behind her, slyly talking these well heeled types into more and more donations that protect New York’s iconic buildings from being ripped down. (The inspiration for landmarks–the demolition in the early 60s of the real Penn Station, and in the late 70s of the Bonwit Teller building that become Trump Tower.)

Besides Liza, the other landmarks included both Jimmy Nederlander Sr. and Jr., who keep Broadway going and are the first ever father and son to receive the honor; financiers and philanthropists Peter Malkin and E. John Rosenwald, Jr., famed chef Daniel Boulud, and the great author (“The Power Broker”) Robert Caro. Each gave fun, personal thank yous. Boulud even popped open a bottle of vintage Champagne on stage to toast the evening.

What a gang Liz has rounded up for this affair, just as she does with Literacy Partners. It’s every banker and billionaire who loves New York and wants to prevent it from being further ripped down or detonated into a glass box. The audiene ranged from Pete Petersen of Blackstone Partners to legendary archeologist and connoisseur Iris Love, who kept me amused through dinner. (Did you know Iris has Brooke Astor’s dachshunds at her country house? Brooke’s famously awful son and daughter in law wanted to put them to sleep!)

And Liza? She’s still here. She has a lot of energy, and she’s a dear. But maybe put her on at the beginning of the night next time. She did say, “I came to New York when I was 14, and I wanted to be on Broadway immediately.” It took her a while she said, “But I did it all myself.”  And then broke into song. She still puts on quite a show, kids. Damon Runyon, whose name was invoked at least once last night, woulda loved her.