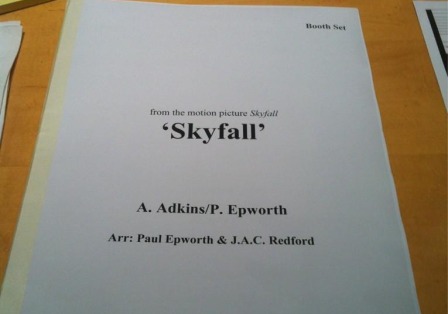 UPDATE: “Skyfall” was released at 7:07pm Eastern and it’s already number 1 on iTunes this morning. It may be the fastest trip to number 1 on the downloading service ever. Numbers aren’t in yet for how many people plunked down $1.29 for Adele’s first new record in almost two years.

Earlier: We’re just a few hours away from Adele’s “Skyfall” premiere on her www.adele.tv. This column broke the original story of Adele and “Skyfall” last spring on Forbes.com. We reconfirmed it a couple of times, and published some of the lyrics. A few people wrote in saying they didn’t believe those were the lyrics. But you know, they are–and it’s a tribute to Adele and Paul Epworth that they made a song around the word “Skyfall.” My guess is that the download of “Skyfall” at 7:07pm Eastern tonight on iTunes and from Adele’s site will set a record and cause problems. It’s going to be huge. My Sony sources are being more conservative. But they’ll be thrilled. If only they had B side or an extra track to go with it. Unfortunately, they don’t.