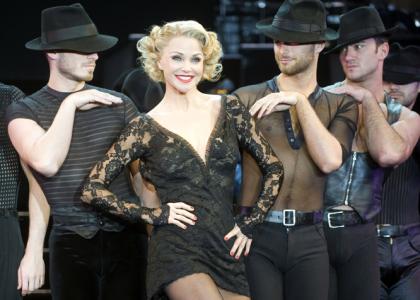 Christie Brinkley was a hit at East Hampton’s Guild Hall this weekend, getting rave reviews for her appearance in the very funny “Celebrity Autobiography.” This is the hit show where cast members read excerpts from real celebrity bios.

The ubiquitous Alec Baldwin hosted, and Christie read from a Miley Cyrus biography. The supermodel who keeps looking better and better has a cutting sense of humor, and I’m Miley was shreds by the time Christie was done. Don’t blame her. Blame the biographer!

But what people don’t know: Christie’s beloved mom, Marge, is gravely ill and battling just about everything. She’s in the hospital and getting tons of support from Christie, her kids and brother. It was only about a month ago that Christie’s famous TV producer dad, Don Brinkley, passed away.

Brinkley moved her elderly parents from Hawaii–where they had quite a marvelous life in their heyday–to the Hamptons a few years ago as their health declined. A lot of us “regular” people are going through this sort of thing with parents and grandparents. We don’t think of supermodels having such mortal problems. But they do — and Christie has been the model daughter, so to speak. And the best medicine is always laughter.