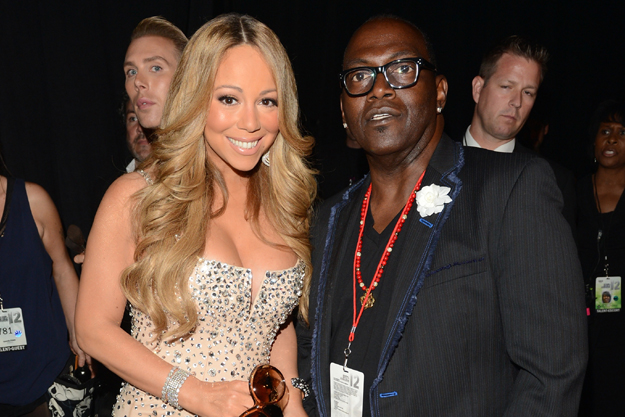 When she’s not being a diva at local events, Mariah Carey is hard at work in the Hamptons. Her manager and producer Randy Jackson, of “American Idol” fame, flew out to the South Fork over the weekend to work with her on her new album. As I reported last week, her first single will be called “Triumphant.” Mariah’s new album is hotly anticipated at DefJam Records this fall. With an already crowded schedule of new music coming out from every label, the record biz needs a big hit from Mariah.

Maybe working with Randy is what made Mariah so late for Russell Simmons Art for Life charity dinner–where she and husband Nick Cannon were bring honored on Saturday night.  You have to love Mariah. She’s one of a kind. According to sources who worked on the event, Carey was very late showing up for the presentation. But this is nothing new. The joke at Fox is that with Mariah judging “American Idol,” and the show being live, “AI” may not air until 11pm Eastern. Fox will have to treat it like a sports event with rain delays. They can toss in reruns of “The Simpsons” while everyone waits.

“Mariah insisted that no one but Russell Simmons be on stage when she went on,” says my source. “She had to come in through the kitchen, which had to be cleared. She didn’t want to see anyone, or be seen, before stepping foot on stage. She wanted Soledad O’Brien and Grant Hill out of there. She was a lot of work. And yes, as reported elsewhere, she didn’t allow cameras on her. They did turn off the big screens. She didn’t like the way her make up looked.”

By contrast, 90s duo Salt n Pepa, who performed at Art for Life, only asked for water backstage. They brought down the house with their old hits like “Let’s Talk About S-E-X.”

As for Mariah: her shenanigans are amusing if you’re in the mood because she’s not petulant. She’s kind of cute. I’ll never forget her receiving dinner backstage at the Live 8 concert in London’s Hyde Park a few years ago. She made the aide take back her spaghetti dinner because she smelled grated cheese “from a can” and not freshly prepared. They didn’t even have to take the foil off the top. Mariah’s nose knew.  God bless her.