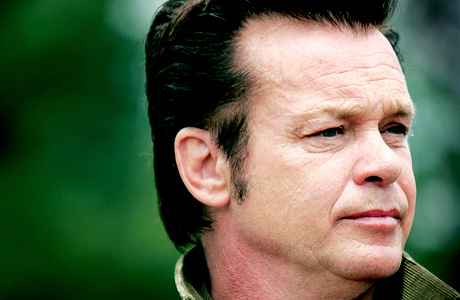 The last time the Steinbeck Award was given out was in 2003, to Joan Baez. Named for the famed author of “The Grapes of Wrath” and “Of Mice and Men,” the award will now go to John Mellencamp. Good for him. Mellencamp has stayed true to his roots over the years, writing and singing about hard working men and women. He and Baez have also each won the Woody Guthrie Award. Other winners of the Steinbeck Award include Bruce Springsteen, Arthur Miller, Studs Terkel, Dolores Huerta, John Sayles, Jackson Browne, Garrison Keillor, Joan Baez, Michael Moore, Sean Penn, and Rachel Maddow. Good for John Mellencamp, whose “Little Pink Houses” and “Jack and Diane” are just a few of his vignettes that are emblematic of John Steinbeck. (So too really is “I Need a Lover Who Won’t Drive Me Crazy.”) He’s also one of the last story teller songwriters– something that’s become a lost art, sadly, in an age of tripe lyrics.

The Steinnbeck Award will be given to Mellencamp on Monday, July 30, at the historic California Theatre in San Jose, CA, Thomas Steinbeck will present the John Steinbeck Award to singer/songwriter/activist John Mellencamp. “A Conversation and Special Performance” will include a talk with Mellencamp, moderated by Robert Santelli, executive director of the Grammy Museum, and musical performance from Mellencamp.

The Center for Steinbeck Studies at San Jose State University is the world’s leading archive of Steinbeck materials, with over 30,000 items. The Center has been authorized by the Steinbeck estate to present awards to those artists and activists whose work exemplifies the themes and values found in the writings of John Steinbeck: in particular, his concern for the natural environment, his commitment to the common people, and his willingness to critique the contrasts between the powerful and the poor.

Of John Mellencamp, Thomas Steinbeck, noted author and the surviving son of John Steinbeck, said: “My father always carried a deep and profound respect for songwriters and musicians. He felt they were the voice of the people and had the unique opportunity to reach the very souls of the people. Like Woody Guthrie, Bruce Springsteen, and a handful of others, John Mellencamp has done just that. He has spent his life serving as a voice for the people.

“John’s 40-year career makes one marvel. As an artist, John Mellencamp has been a superb singer-songwriter-storyteller; as an exemplary activist, and as a creator and longtime champion of Farm Aid, he has maintained the true spirit of John Steinbeck’s compassion for the worker. Without question, John Mellencamp has earned the John Steinbeck Award, and it will be my great pleasure to present it to him.”

John Mellencamp commented, “John Steinbeck’s remarkable ability to give voice to the common man and to people on society’s margins, to describe their plight and aspirations, continues to inspire us more than a century after his birth.  I’m very honored to be the recipient of an award given in his name.”

The John Steinbeck Award, “in the souls of the people,” was first given in 1996. Nominations for the award are made by a committee of members of the board of the Center for Steinbeck Studies at San Jose State University.