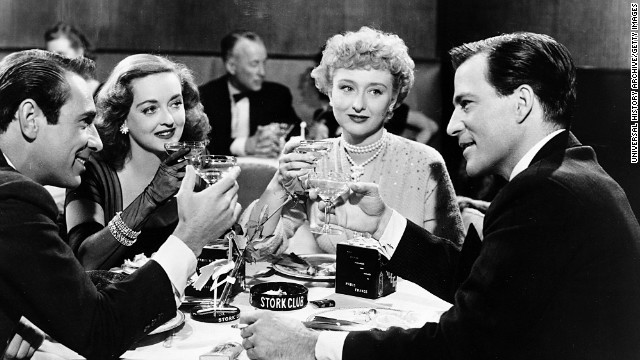 Celeste Holm was still attending events a month ago–at 95 she and husband Frank Basile came to the Tony Awards. Celeste was in a wheelchair, but she was happy to get out of the house be with her Broadway people. A theater star for her whole career, Celeste also had a big film resume–she won an Oscar for “Gentleman’s Agreement” with Gregory Peck. She was also very well known and popular as the elegant, beautiful, wisecracking Karen Richards, wife of producer Lloyd Richards (Hugh Marlowe) in “All About Eve.”

For years she was married to another popular theater, Wesley Addy, who was also a star of the New York soap operas. They were married from 1961 to 1996, when Addy died. He was her fourth husband. In 1994, Holm married opera singer Frank Basile, 45 years her junior. Their marriage caused a permanent rift with her family.

There were a lot of questions about Basile’s motivations. The family sued him, and cut Holm off from her own financial resources. Most people thought Basile must be a golddigger. But an article in the New York Times last year really exonerated him from all wild speculation, and sort painted a picture of a family that wasn’t so interested in taking care of an elderly person.

At least in person, Basile always seemed to be taking excellent care of Holm. She loved being out and about, and not forgotten. I ran into them in the Palm Court of the Plaza Hotel having afternoon tea a few months ago, and Celeste was cogent, alert, and thrilled to meet Aretha Franklin, who was at the next table.

Ninety five–it’s a good life. And she had a great life, that’s for sure, right up to the end. But for her family and for Frank Basile, the end is still  very sad. RIP, Celeste. It was lovely having you in our midst all these years.

Read more about her at www.celesteholm.com You can ever hear her sing!