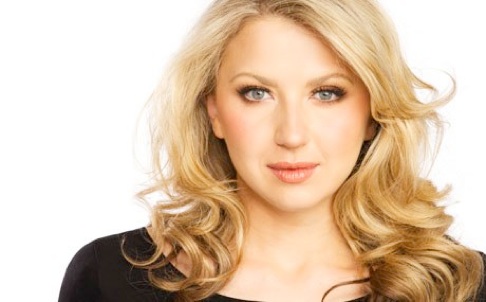 Exclusive: Tony Award winner Nina Arianda is all set to play Janis Joplin in a new bio pic. But first she’s joining Jessica Chastain and James McAvoy in “The Disappearance of Eleanor Rigby,” a two part film that starts production imminently. First time feature director Ned Benson is making two films, one each from a husband and wife’s perspective. Arianda is playing their therapist, which is great, but too bad because I don’t think she can be funny in that role. Her comic timing is exceptional.

After years of trying to get a Joplin film off the ground–previously both Renee Zellweger and singer Pink had planned to play the late 1960s icon. But now director Seth Durkin, who made “Martha Marcy May Marlene” is signed and the project is moving forward. At last night’s premiere of “Farewell My Queen,” starring Diane Kruger, Arianda made a rare appearance. The very hot star–she  also played to raves in “Born Yesterday” on Broadway and had a hilarious small role in “Midnight in Paris”– told me all about the Joplin film. First of all, can she sing? Arianda has never sung on stage. She laughed. “We’ll see,” she said, but considering her penchant for humility and understatement, I’ll bet she can belt “Piece of My Heart” better than anyone. “But it won’t be an impersonation,” Arianda said. “It’s going to be Janis’s soul we explore. But I’m not doing an imitation of her.” Keep an eye on this actress. She’ll fit in one more indie film before “Joplin” starts.

PS This is an indie movie. I don’t think they’ll be able to afford the Beatles song unless someone else sings it. Master Beatles recordings for movies fetch around a million bucks.