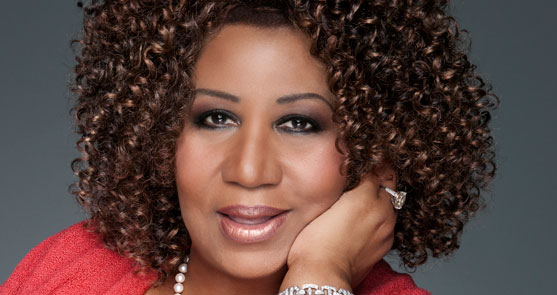 I got a laugh last night when I started receiving email updates from blogs: “Aretha Franklin leaves Sarah Jessica Parker fundraiser early. Why?” I’ll tell you why. The Queen of Soul didn’t want to miss the annual Songwriters Hall of Fame dinner at the Marriott Marquis. The show is the best music event of the year, and Franklin had an appointment to meet Clive Davis by 8:15pm. She was on time, and got to hear the lions’ share of the night including her pal Valerie Simpson, who was drafted at the last minute to play on piano and sing a tribute to Bob Seger– “We’ve Got Tonight.” Simpson was called in after Dave Grohl of the Foo Fighters dropped out on Wednesday night, claiming he’d broken ribs somehow. Simpson saved the day, and Aretha got to hear her.

But that’s the annual SHOF–untelevised, off the cuff and packed to the gills in the Marriott Marquis ballroom. This year, Bette Midler was honored for covering songs and introducing songwriters. (She declined to sing, however. Stevie Nicks wowed the crowd with an amazing version of “The Rose.”)

Also honored: Gordon Lightfoot, songwriter Don Schlitz (“The Gambler”), Ne Yo, Harvey Schmidt and Tom Jones of “The Fantastiks, ” Woody Guthrie, and Mike Stoller, the late Jerry Lieber, and Ben E King for “Stand By Me.” Lance Freed of Rondor Music, was given a special publishing award. Jim Steinman was awarded for all his Meatloaf and Bonnie Tyler songs. There were plenty of surprises on stage and very moving speeches.  There were tributes to BMI’s Frances Preston and to music publisher Howie Richmond, both of whom died recently.

I was pleased to meet, after long last, Steve Miller. He came to induct Lightfoot, and even performed that singer’s hit, “Sundown.” Miller lives quietly in Texas, shuns the publicity spotlight. He rarely gives interviews, but we spoke at length. He looks and dresses like an accountant. But his resume of hits is astounding: from “The Joker” to “Space Cowboy” to “Jet Airliner.” Referring to the first song, no one calls him “Maurice,” he said. Or asks him about The Pompatus of Love. “We have a big run from ‘Fly Like an Eagle’ on for a couple of years,” he told me. “We knew we were doing something right. We were giving people music they wanted to hear.” 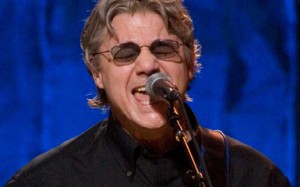 NeYo, awarded as an up and coming songwriter, couldn’t get over that he followed Schlitz, “the man who wrote The Gambler.” But NeYo, is the real thing, and he gave a knockout R&B performance confirming his genius.

Steinman, who’s an eccentric dresser, confessed that he didn’t write his first song or play the pian 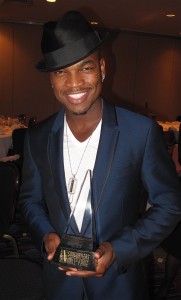 o until he was 21. He gave a very cogent speech. Meat Loaf teared up while introducing him. More on them in a post for tomorrow morning.

Once again, Phil Ramone produced a glorious show, with SHOF president Linda Moran and songwriter Jimmy Webb guiding the ship. More later this morning–Bette Midler’s speech, and exclusive pictures, plus relatively unknown show stopper L.P., a female singer who’s kicked around for 10 years in the business and ended the show on a powerful note.