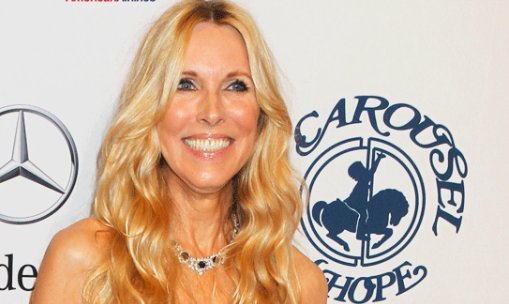 Who remembers what, and when? Still producing progeny rocker Rod Stewart is releasing a memoir this fall, in keeping with recent books by Keith Richards and Steven Tyler. Richards had an excellent memory, but Tyler’s was so-so and Mick Jagger — who claims to remember nothing–was not so happy with Kief’s precise recollections.

Now comes Rod, who will tell it like he kind of remembers it. But now his ex-wife (and still good pal) Alana Hamilton Stewart is also publishing a book, called “Rearview Mirror.” And it’s coming right at the same time. Alana, once married to George Hamilton, has total recall. She’s not so sure Rod does. (And this is the problem with a lot of rockers.) Alana, you see, has kept extremely annotated journals.

She told me last night at People magazine’s book party at the Top of the Standard her book is not a tell -all. But it chronicles her life from poverty in Texas to life in Hollywood, and her steadfast friendship with Farrah Fawcett through her death. It’s going to be a fascinating read.  Alana also recently became a grandmother–her daughter Kimberly (with Rod) recently had a baby with actor Benicio del Toro. The two were not a couple, as it were. But Alana reports that Benicio has been “an excellent father” and “very devoted.”

Also at the People party full of writers and publishers: People editor in chief Larry Hackett, plus “Endless Love” novelist Scott Spencer (a horror novel coming out under a pseudonym), Chris Colfer (see elsewhere in today’s items), Tony Danza (who has a book coming out this fall), Lee Woodruff (a novel), publishers Jamie Raab of Grand Central Books, David Rosenthal from Viking, Lori Glazer from Houghton Mifflin, and Roger Cooper of Vanguard/Perseus. I also spotted Damien Echols of the West Memphis Three with wife Laurie. You’ll recall I announced last year– as he was getting out of jail– that he was writing a book for Viking.

Just a note: how odd it was to be in the Top of the Standard aka the Boom Boom Room, in daylight. It’s very nice up there and the view actually is stunning.