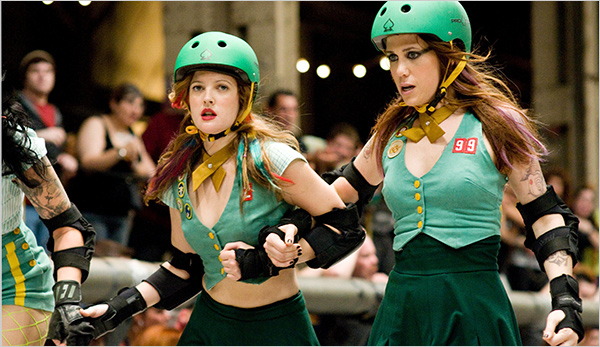 Joan Rivers would approve. Drew Barrymore, 36 and pregnant, got married last night to Will Kopelman at her own $6 million home in Montecito, California–the same posh annex to Santa Barbara where Oprah Winfrey and Rob Lowe are among her neighbors. It’s Drew’s third marriage, but three’s a charm. Will Kopelman is the son of former Chanel CEO Arie Kopelman and his famous society wife, Coco (real name Corinne). The Kopelmans are very wealthy and have a high standing in New York society. They are among the most beloved couples on the society circuit.

According to reports, both Drew and Will wore Chanel, naturally. There were plenty of celebs at the gathering, not to mention the Kopelman’s no doubt long list of friends and family. Their daughter, Jill Kopelman Kargman, is a successful novelist.

So, good for Drew. Her father, the son of the late great actor John Barrymore, also named John Barrymore, died a few years ago after battling alcoholism and homelessness. Drew’s been on the outs with her mother, Jaid, a New York party fixture, since she was about 15. That’s when Drew emancipated herself. She’d already been to rehab. (There’s no word on whether Jaid was invited to the wedding.)

Drew recently told Ellen DeGeneres on her talk show that she was in love with not just Will, but the Kopelmans. She lucked out, that’s for sure. The former “ET’ star has had a slowly declining movie career. Her last film, “Big Miracle,” was released in February. It made about $7.5 million on a $50 million budget. Although she was praised for her work in HBO’s “Grey Gardens,” Drew hasn’t had a hit since the “Charlie’s Angels” sequel in 2003. She co-produced a Tv version of “Charlie’s Angels” that flopped last year.

While the Kopelmans get a lot of ink for good works, they’re not part of the Hollywood circuit. The marriage of their son to a movie star, so to speak, changes all that. Arie Kopelman recently told the website The Improper Bostonian: “…the only thing that can drive you a little nuts is if you go out to dinner and the paparazzi’s waiting for you. That’s fine, and you learn to deal with it, but we’ve been in really nice restaurants when people come running over with iPhones, and it’s hard to believe. But it comes with the territory and Drew handles it beautifully and graciously.”

PS The Daily Mail has a great set of pics from the wedding at http://tinyurl.com/87f5b2u