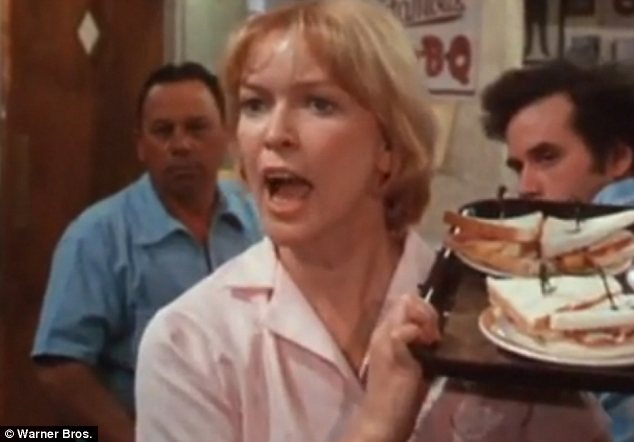 Exclusive: Ellen Burstyn, Oscar winner for Martin Scorsese’s classic, “Alice Doesn’t Live Here Anymore,” and a favorite of everyone’s, is coming to TV. She’s just signed to play Sigourney Weaver’s mother in the USA Network’s new series, “Political Animals.” Sigourney is playing a character very similar to Hillary Clinton–former first lady now secretary of state. Ellen is playing her mom. The series has a guaranteed order, so USA seems to be pretty high on it. Political shows with female leads are in vogue right now. Julia Louis Dreyfus’s HBO show, “Veep,” is getting great advance reviews. “Political Animals” also features Carla Gugino, Sebastian Stan, and Ciaran Hinds as Sigourney’s husband, the former president. The show is from Greg Berlanti, who’s best known for “Brothers & Sisters.” Burstyn had a great run recently on “Big  Love” for HBO. She goes back and forth between the big and small screen with ease. Her last Oscar nomination (she’s had five all together, plus the win) was for “Requiem for a Dream.” She won an Emmy Award in 2009 for “Law & Order SVU” as a guest star. USA continues to be an unexpected powerhouse and source of pretty good series.

Now–here’s a little background. Last week I ran into Ellen. She told me that she was about to sign the deal for “Political Animals.” She asked if I’d hold off writing about it until the deal was done, and she would call me. Good for her word, a real mensch, she called when the papers were ready. I ran the item on Forbes.com immediately. A few hours later, the story, without my credit, started running on The Hollywood Reporter, Deadline, and a few other places. They didn’t care that their time stamp was well after mine. They hadn’t talk to Ellen Burstyn. They didn’t care that the whole thing had run on Forbes.com. They just took it, and pretended like it was new. This is what we deal with now. It’s just a circus. Deadline is suing THR for taking their material. They each “appropriate” re-position material from other places all day long. THR reads a story somewhere else, then calls the principals in the story, and writes: “We’ve confirmed– that such and such has happened.” This not journalism. It’s just petty theft. In the new journalism, you don’t have to have sources or contacts. You just have to know where to read to get your stories. It’s wild. I don’t know some of these people can pretend to be proud of their work.

Read us also at www.forbes.com.