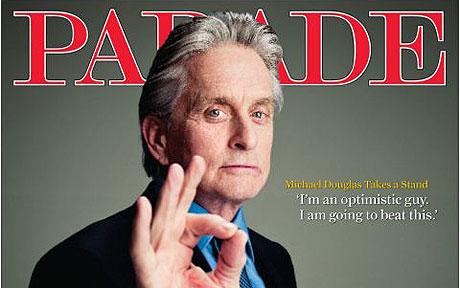 Michael Douglas–looking better than ever–may be ready for his comeback. In addition to his planned biopic of “Liberace,” the Oscar winning Hollywood is wanted by producer director Jon Turteltaub for “Last Vegas.” Turteltaub told our LEAH SYDNEY recently: “Fingers crossed my next movie is called “Last Vegas,” to hopefully shoot in the fall. It’s a very funny coming of age story of four men in their seventies.   One guy is getting married for the first time and he brings his three buddies together for a crazy bachelor party. It’s a hilarious script by Dan Fogelman. If all goes well I’ll be standing with Michael Douglas.  But if I tell you who my dream cast is, and I don’t get them, then the guys I do get will be mad at me. That’s why you never tell your wife about the girl you went to the prom with. Even worse, never tell your wife about the girl you wanted to go to the prom with but didn’t.”

I like Jon Turteltaub. His 1996 film with “Phenomenon” with John Travolta and Kyra Sedgwick was a little gem.

Leah met up with him at a charity event called the Venice Family Clinic, supported for a long time by Warner Bros. chairman Barry Meyer and his wife Wendy. Their Silver Circle Gala  raises funds for their mission of providing health care to people in need.

“Philanthropy has always been very important in Hollywood,” Meyer told Leah.  “Especially at Warner brothers, we feel strongly about it.  It’s not something you have a choice really, you’re supposed to do it. It’s a responsibility we have for people at our company as well as in our community.”

Is Meyer looking forward to the new year of Warner Brother movies? ”I’m excited about everything we do. I’m Warner Brothers true blue down to my core.”

Also at the event: writer-director Tom Shadyac, who’s had a lot of hits with Jim Carrey and his own hit documentary called “I Am.”

“I’m writing a book that’s coming out in the fall,,” Shadyac said.  “And I’m working on three films that I’m either producing or directing.  And I’m going to be hosting a talk show soon based on the conversation that I started in the documentary ‘I Am.”

And you thought James Franco was busy….