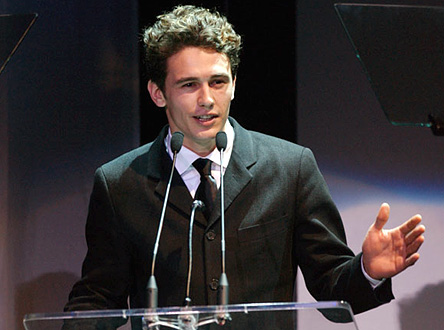 Usually the New York Daily News’s Gatecrasher gets things right, so I want to help them: James Franco wasn’t at a wrap party in Hollywood for the “Linda Lovelace” movie because he’s working in West Virginia. Franco is directing and starring in an adaptation of Cormac McCarthy‘s “Child of God.” The novel was McCarthy’s third, preceding “Blood Meridian” by five years. Originally, Franco had wanted to direct “Blood Meridian,” but when he and producer Scott Rudin fell out on a number of projects, the “Blood Meridian” plan was scuttled. “Child of God,” about a loner (Franco) also stars Tim Blake Nelson and a number of West Virginia locals. Franco tells me from the set that the shoot is going extremely well, and he’s very excited about the results. Having just finished a six month shoot for the big budget studio film “Oz the Great and Powerful,” an indie film must be a relief. By the way, he only taped one or two scenes for “Lovelace” as a favor to the director. And he’s no longer a part of the Writer’s Room bar in Hollywood, although it’s still a very fun place.