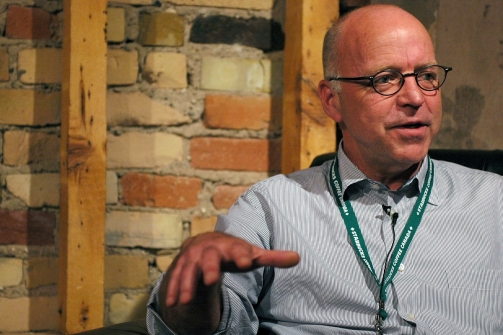 This is heartbreaking. Bingham Ray, one of the nice guys, a champion of independent film, died today at age 57. He suffered two strokes at Sundance. Bingham guided dozens of indie hits at various studios including his October Films in the 1990s. He worked with the Sundance Institute and the San Francisco Film Society most recently. He also ran United Artists in 2001. To say Bingham was a beloved figure is an understatement. He stood for everything that was good and decent in quality films. It was not an easy task. Big studio chiefs live in mansions in Beverly Hills, have drivers and Rolls Royces. People like Bingham help get made the movies people love and swear by. He will be sorely missed and not forgotten.

“It is with great sadness that the Sundance Institute acknowledges the passing of Bingham Ray, cherished independent film executive and most recently Executive Director of the San Francisco Film Society.  On behalf of the independent film community here  in Park City for the 2012 Sundance Film Festival and elsewhere, we offer our support and condolences to his family.  Bingham’s many contributions to this community and business are indelible, and his legacy will not be soon forgotten. “