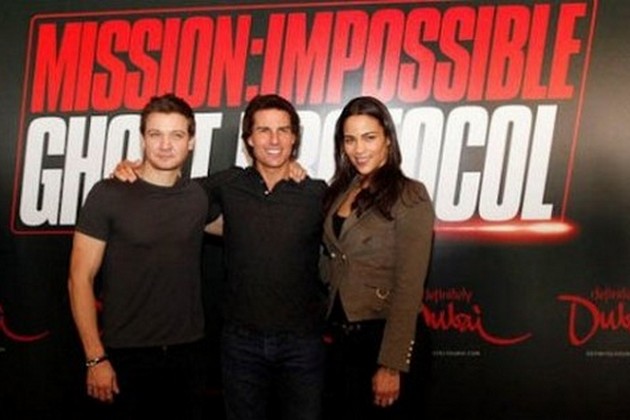 “Mission: Impossible 4” or “Ghost Protocol,” took in a staggering $13.6 million weekend–and it’s only on 425 screens. The Brad Bird directed blockbuster is set to open wide on Wednesday in over 3500 locations, but it’s literally making a killing before that. Fans of Warner Bros.’s “Batman” series are claiming that the “MI” numbers were inflated because the trailer for next summer’s  “Dark Knight” film preceded “MI” in IMAX theaters. But that’s quibbling–and “Dark Knight” fans could only have enjoyed “Ghost Protocol” anyway.

Meanwhile, the second “Sherlock Holmes” film with Robert Downey Jr and Jude Law is number this week in its debut. “Game of Shadows” made $14 mil on Friday night and was projected for a $40 weekend. Of course the first “Sherlock Holmes” movie did about $24 million on its opening day in 2009. But that was Christmas Day. If this film does 55% of the earlier one’s business, that’s pretty much ok for a sequel. It does suggest maybe that a third “Sherlock” isn’t a vital goal.

As for Oscar contenders: “The Artist,” “Hugo,” “My Week with Marilyn,” and “The Descendants” all continue to do very well. “Shame” is doing a little less well despite all its depravity, debauchery and full front nudity. Come on people! What’s wrong with you? “Shame” faces an uphill battle with its NC 17 rating and not much advertising as a consequence. Too bad there wasn’t an IMAX version.